On Saturday, November 19, Greenpeace activists decided to raise awareness among consumers on the issue of « new GMOs » and invited supermarket chains to demand that the French and European authorities label all GMOs, whether they are derived from transgenesis or another genetic modification technique. This action complements those carried out by the Faucheurs volontaires d’OGM for several years [1]. 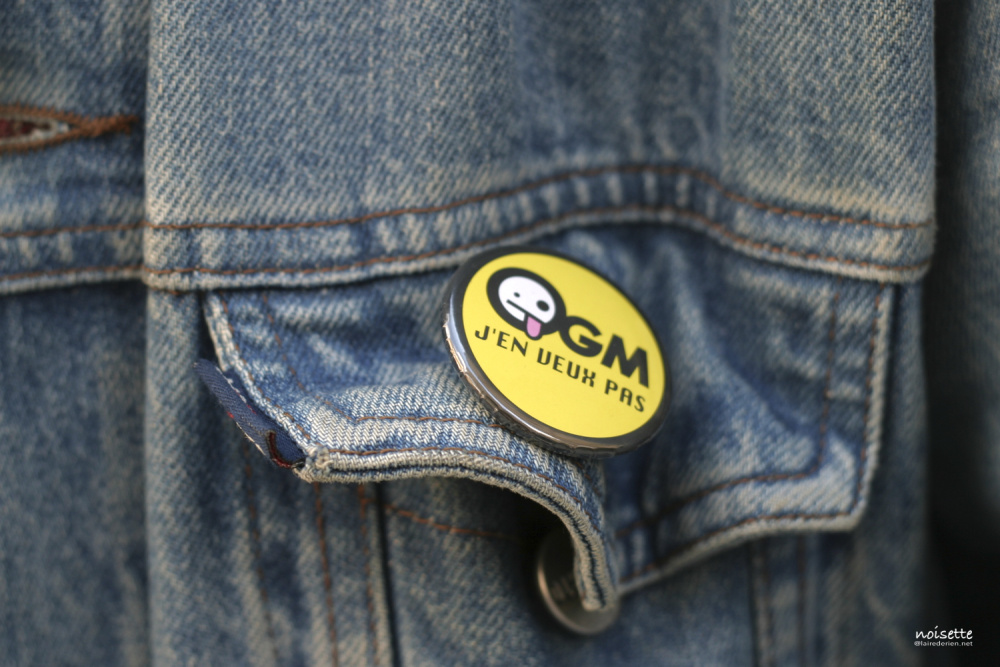 Greenpeace wanted to raise awareness among consumers and urge supermarkets to act in order that all GMOs, old or new, are clearly labeled. Thus, on Saturday, November 19, the activists of the environmentalist association visited about thirty supermarkets, of different brands, in France (23 cities) [2]. They proposed a « Grand Jeu OGM Surprise ». Participants in this game had to guess which food products might contain « new GMOs ». The « new GMOs » are GMOs produced by new techniques of genetic modification, which the industry tries to trivialize by talking about « genome editing ». The Greenpeace activists therefore proposed that customers write to the supermarket managers « in order to ask them to deman the government the mandatory labeling of new GMOs ». Indeed, these GMOs must be assessed, labeled, monitored, as the European Court of Justice reminded it in 2018 [3]. But a massive offensive by the European Commission, supported by the agri-seed industry, aims to exclude these GMOs from EU legislation [4] « Greenpeace believes that deregulation would go against the freedom of choice of consumers, and that the precautionary principle must be respected : new GMOs must be strictly regulated, » says the association’s press release.

Interviewed by Inf’OGM, Suzanne Dalle, in charge of the « Agriculture » campaign at Greenpeace France, tells us that « the managers who were met with were very much in favour of listening and open (there were nevertheless two supermarkets where the activists could not stay). And the consumers reacted globally very well. Most of them were not aware of the issue. This allowed us to get several hundred cards signed, which will then be progressively given to the supermarket managers ».

She also specifies that « 91% of French people believe that supermarkets should be transparent and clearly display the presence of new GMOs on their products. Thanks to the mobilization of our activists throughout France, we have succeeded in bringing this demand to the attention of supermarkets. We now invite them to also demand that the government implements the mandatory labeling of all GMOs, including new ones » [5].

In Germany, the German Federation of Consumer Associations asked the European Commission to enforce the precautionary principle to « new GMOs » [6].