Genetically modifying a plant is far from harmless

Several new techniques of genetic modification (also called NBT) are currently being discussed worldwide to decide whether to define products obtained from them as GMOs and to regulate them as such, or not. Following a parliamentary hearing in France [1] in April 2016, Inf’OGM tries to figure out some of the potential risks linked to the use of any technique of genetic modification on a plant cells culture. 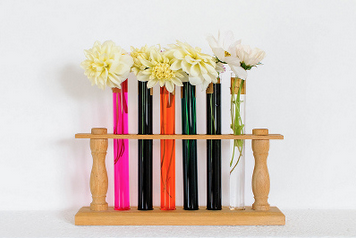 Techniques of genetic modification, old or new, are not fully mastered : if they do allow bringing some new traits to a living organism (such as herbicide tolerance), they also produce unexpected modifications : ‘off-targets’ effects caused by the techniques of genetic modification themselves as they do not occur in the targeted area of the genome and unintended effects (mutations and epigenetic mutations, also called epimutations) due to other techniques implemented during the different steps of the process. On April 2016 the 6th, echoing Yves Bertheau’s remarks back in late 2015 (a former member of the French High Council of Biotechnology (HCB) after having resigned), Jean-Christophe Pagès, Head of the HCB’s scientific committee, told the French Parliamentary Office for Science and Technology Assessment about Crispr/Cas 9 that “the difficulties to use it should not be forgotten […] especially regarding in vivo use on animals as you need to provide a matrix and you usually face issues linked to the process of insertion into the cell. In vitro culture is much easier and this is why the majority of its uses are in research and, eventually, organisms are regenerated from in vitro culture. And here, it indeed concerns some plants”… A surprising comment as, after a careful reading, the HCB’s scientific committee document dated from February 2016 the 4th – now downgraded to an interim report status after having been presented by the Scientific Committee as an advice to the French government – do not state such difficulties in vivo, or ease in vitro.

Inf’OGM provides here in a first series of two papers as an overview of the unintended and uncontrolled effects occurring along the steps of a genetic modification process. We will focus in these first paper on the process of insertion step as quoted by Jean-Christophe Pagès, aiming at bringing into a cell the requisite material to generate the intended genetic modification. We will also focus on preliminary steps which are indeed stressful and thus induce mutations and epigenetic mutations (see the box below). In a next wave of papers we will focus on the unexpected changes called ‘off-targets’ due to the NBT techniques themselves. Several scientific papers will be rapidly cited to help the reader to go more in depth in the details.

Mutation, epigenetic mutation (epimutation) = what is it ?

A mutation is usually defined as a change in the genetic information of an organism, whether it be as DNA or RNA. Mutations are hereditary. They can be “silenced”, meaning without any observable consequences on the organism’s metabolism. They can also change the expression of one or several genes, modifying the metabolism. Epigenetic mutations belong to the class of mutation affecting the expression of a genetic sequence but which are not due to a change in the nucleotide sequence itself. They can be due to a change of the chemical composition of DNA nucleotides or chromatin.

Preparing the cells to be transformed

Before being able to bring some material into the cells (the process of insertion Jean-Christophe Pagès refers to), the first step is to prepare those cells. The lab workers will have to break cells wall, maybe even to remove them entirely. Plant cells without walls – called protoplasts – become transformable and engineers can now bring into those cells tools such as large proteins (such as Cas9), RNAs and/or coding DNAs. But, as Yves Bertheau explains, this creation of protoplasts induces mutations and epimutations, a widely observed phenomenon according to scientific literature [2].

The second step is to cultivate those protoplasts. But culturing cells generates also mutations and epigenetic mutations. The scientific literature surprisingly shows that the mechanisms through which those mutations and epigenetic mutations appear is still little-known despite decades of use [3]. This phenomenon, called somaclonal variation, is such that it was previously used by seed companies to create the needed “genetic diversity” to “breed” plants according to the seed companies’ usual language. The French Association for Seeds and Seedlings (GNIS, “a privately funded organization which delivers public services”) points out that “somaclonal variation is the observed modification in some cells after a long cycle of in vitro culture without regeneration. These are therefore no longer identical to the parent plant. This variation can be due to a modification in the nucleus genome or in the genome of cytoplasmic plastids” [4]. In other words, plants obtained from those cells have different characteristics. GNIS provides one last interesting detail : “the obtained modifications of traits are barely stable and not always found in the regenerated plant or its progeny”. Why ? The occurrence of other modifications (epigenetic mutations) can make those mutations disappear [5]… As Yves Bertheau tells us, “in such conditions, it looks rather difficult to foresee the impacts this step of cell culture could perform when using a new technique of genetic modification”.

The process of insertion, at last… also called vectorization

Once the cells are prepared and cultivated, we are ready to bring in the biological material to generate the intended modification. Depending on the techniques, this material may be proteins and / or genetic sequences such as RNAs or encoding DNAs (oligonucleotides, plasmids, virus…) – the most frequently used molecules for plants. Bringing this material into the cells needs merely making large holes in the membranes (cytoplasmic and nuclear) of the cell. But, as Yves Bertheau explains us, making such holes induce once again mutations and epimutations [6]. The researcher considers thus impossible to draw a general grid for risk assessment. A choice must be made among several techniques of insertion, different types of material, the genetic sequences to be introduced and the species targeted. Therefore only a case by case analysis for such GMOs would allow the assessment of all the potential risks linked to unintended effects.

In a scientific paper of 2011, scientists estimated that 35% of all the observed unintended effects following the genetic modification by transgenesis of Senia rice were due to the cells transformation process itself [7]. The phenomenon is therefore not negligible.

Surprisingly, and despite the hearing of its Head in front of the OPECST, the HCB’s Scientific Committee did not deal with those risks in its interim report on risks linked to the new techniques [8]. If the process of insertion is indeed described in the appendix for each technique, it’s only to outline the tools used for a technique and to describe how the material is brought into the cells. Possible mutations and epimutations arising from the different transformation steps are not covered. As the HCB scientific committee is in charge of risk evaluation for the French government, we would have expected this committee to discuss and provide explanations, not to disregard such documented issues. Especially considering that the transformation process – to refer to the only point present in the interim report – doesn’t seem to be fully controlled depending on the techniques. The scientific committee even states that for the oligodirected mutagenesis technique (OdM), “many molecules or molecular mixtures are currently tested to improve the process of insertion which works fairly well in vitro but not well on full organisms (Liang et al., 2012)” [9]...

[7] « Only half the transcriptomic differences between resistant genetically modified and conventional rice are associated with the transgene », Montero, M. et al., (2011). Plant Biotechnology Journal, 9(6), 693-702.