In March 2018, the Canadian Ministry of Health authorized the marketing of the controversial Golden Rice, which is genetically modified to produce beta-carotene that the human body will transform into vitamin A. The International Rice Research Institute, the source of this application, declared that this Golden Rice was not meant for sale in Canada as of now. Is this a way of encouraging Asian countries to authorize it as well ? 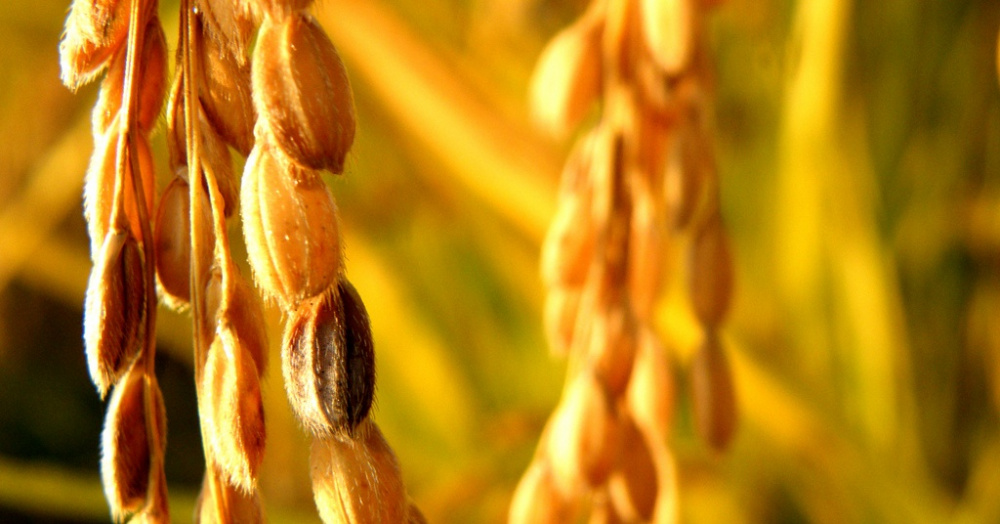 Transgenic golden rice is presented as a solution to the problems of vitamin A deficiency, mainly in South Asian and Southeast Asian countries, such as Bangladesh and the Philippines. They are, therefore, the countries that are the principal markets targeted for the cultivation and sale of golden rice by the International Rice Research Institute (IRRI). Except that those countries have not yet authorized the commercial cultivation or sale of golden rice… [1]

Authorized but not sold

And before even obtaining their permit, the International Rice Research Institute solicited and obtained permission to sell transgenic rice in Canada, while affirming that it would not be sold in this country. A funny situation ! How can we explain that the Canadian Ministry of Health (Health Canada) has refused to review the application ? And, in particular, what is the interest of IRRI in obtaining a permit for marketing in a country where golden rice will not be sold ?

As regards Health Canada, the answer is that it is “legally bound (according to the regulation on food and drugs) to examine every application for authorization of new foods [NDLR. GMOs are considered as new foods according to Canadian law]" [2].

As for the International Rice Research Institute, it highlights commercial reasons to justify its application to authorize the sale of golden rice in Canada. The Institute explains, in fact, that it is possible that foodstuffs derived from golden rice have entered into Canada inadvertently through imports from producing countries [3]. Thus, if golden rice is authorized in Canada, its presence, by chance, in Canadian imports will not impact international exchanges : imports will not be suspended. The Institute has applied the same tactic in Australia and New Zealand, where golden rice was authorized in December 2017 “because it is possible that the rice enters inadvertently into the food via exports from countries that could provide significant quantities of white rice to Australia and New Zealand” [4]. Not just in Canada, golden rice is not intended for commercialization (neither for commercial cultivation nor for deliberate sale for food). In other words, golden rice is approved when it would contaminate rice imports [5]...

But beyond that explanation, perhaps it especially involves sending a message to the Asian countries targeted as markets for golden rice. Soliciting marketing permits in countries where golden rice will not be sold or cultivated (and where the efficacy of golden rice to alleviate vitamin A deficiencies in the targeted populations has not been considered…) can, in fact, be seen as a strategy to exert pressure on the Asian countries that have not yet given the green light to commercial cultivation of golden rice… and to encourage them to learn from Canadian and Australian/New Zealand assessment authorities, and even those in the U.S., where a permit application has also been filed.

A reading shared by the Asian network Stop Golden Rice, an organization to which GRAIN belongs [6]. Contacted by Inf’OGM, Kartini Samon, in charge of cooperation with GRAIN’s partners in Asia, affirms that “the permit submitted in Australia and New Zealand, in Canada and the United States, has, as its objective, to put pressure on expediting commercialization in the targeted countries”. She explains that the member organizations of the network Stop Golden Rice think that “the permits from Australia/New Zealand and Canada are going to be used to bypass public opposition and expedite the dissemination of golden rice in Asia”.

That is also what the Canadian Action Network fears regarding biotechnologies, requesting that Health Canada assess the safety of a product if it is authorized in the country or countries targeted for commercialization. For the Network, that would allow the permit process in those countries to happen without being hampered by potential influence from countries like Canada [7].

The pressure exerted on Asian countries is not insignificant, considering the context. The work on golden rice began in the 90s, and the ads for its commercialization have recurred since then in the media. But, despite that, golden rice has not been cultivated for commercial purposes in the countries where it is supposed to combat vitamin A deficiency. A situation that 107 Nobel Prize winners, the majority of whom are not connected to agronomic issues – recently attributed to campaigns carried out by civil society organizations, organizations for the defense of grower rights and the protection of the environment, including Greenpeace, accused of crimes against humanity [8]. These organizations also maintain that golden rice is not ready and will not be the answer to the problems of vitamin A deficiency [9] [10] [11] [12] [13], that it will even increase the problems linked to a mono-diet of rice…They denounce a promotion campaign for genetically modified plants in the guise of a “humanitarian” project based on “biofortification” [14]. Resistance that the International Rice Research Institute would like to see drop…

[1] A permit process is in progress in the Philippines for direct use of golden rice in human and animal foods and for its processing. The application is presented conjointly by the International Rice Research Institute and the Philippine Rice Institute.

[2] Health Canada, Letter to the Canadian Action Network on biotechnologies, April 2018. According to the regulation on food and drugs, the manufacturer or importer must seek the opinion of Health Canada before the sale of its product (new food/GMO).

[5] The permits given by Australia/New Zealand and by Canada make no distinction between a permit for intended or unintended presence : the permit allows the sale or use of foods derived from golden rice in foodstuffs. So that the argument on the risk of contamination of rice imports especially seems to be a way for IRRI to justify soliciting permits in countries where golden rice will not be cultivated and a priori sold.

[7] The Canadian Action Network on biotechnologies,Request for policy change on the regulation of genetically engineered foods not intended for the Canadian market, March 2018.