On October 27, 2022, Maciej Szpunar, Advocate General of the Court of Justice of the European Union, delivered his opinion in a case initiated in November 2021 by the French Council of State. For him, the Court should simply ignore the questions posed by the Council of State and rule that GMOs obtained by « in vitro random mutagenesis » are not subject to the requirements of European legislation. This approach is based on a confusion between the history of safe-free use in the laboratory and the same history in the open environment ! 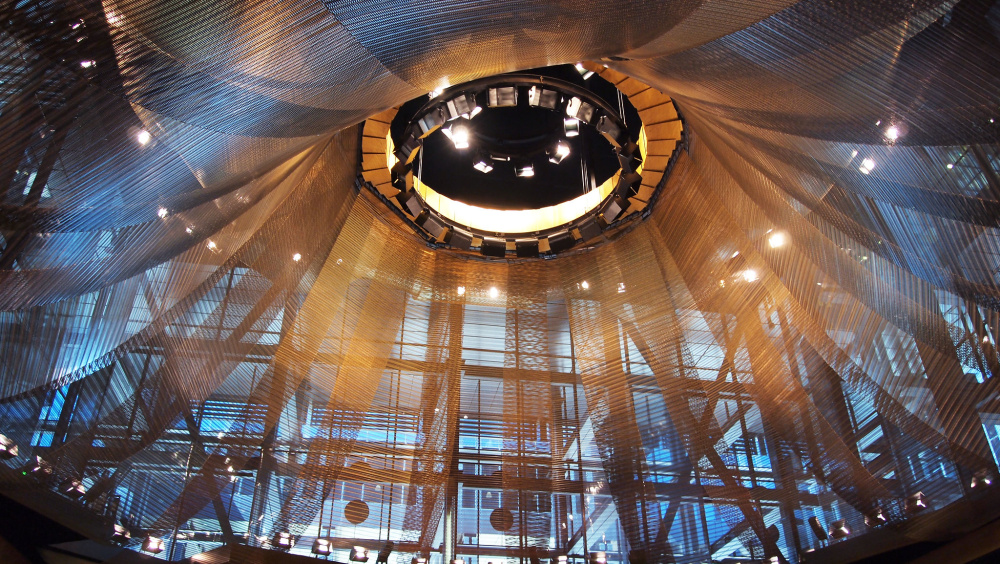 On October 27, 2022, the Advocate General of the Court of Justice of the European Union (CJEU) proposes to exempt products derived from « in vitro random mutagenesis » from the requirements of European GMO legislation. As the organizations behind this legal drama point out, they fear that if the Court follows this opinion « a major loophole would be opened up allowing a large number of new GMOs to invade the market, fields and plates without any assessment, labelling or monitoring ». In order to understand what is at stake in the Advocate General’s opinion, it is necessary to briefly retrace the major recent legal steps in the GMO dossier.

Since 2010, the question of which techniques should benefit from the exemption provided for in Directive 2001/18 has been raised in Europe. A ruling by the Court of Justice of the European Union recalled in 2018 that any GMO obtained by a technique of mutagenesis that does not have a history of use without risk linked to traditional use must be regulated as a GMO. This implies an obligation of risk assessment, specific authorization, labelling, traceability and post-marketing monitoring... It clarified that this concerns all « new techniques/methods of mutagenesis which have appeared or have been mostly developed since Directive 2001/18 was adopted ». This ruling strongly displeased the industries and the European Commission who hoped to be able to make invisible GMOs produced from these famous new techniques of genetic modification. Following the CJEU ruling in 2018, the European Commission therefore sought to rewrite history and the law...

Yet the story is simple, obvious because, to implement the 2018 CJEU ruling, it is therefore sufficient to inform whether a technique of genetic modification has a well-established history of safe use, or not. This issue was decided in 1992 by the European Commission itself. In a document dated 1992, it clarified the concept of traditional breeding [1]. This document states that « techniques applied at cellular or molecular level » do not fall within the scope of traditional techniques, unlike « undirected mutagenesis techniques » in vivo. This document is curiously ignored today by everyone, including the Commission itself and the Advocate General.

Following this ruling of the CJEU, the french Council of State, in February 2020, noted on the basis of the « documents in the file » that « both the techniques or methods known as ’directed’ or of ’genome editing’ and the techniques of in vitro random mutagenesis subjecting plant cells to chemical or physical mutagenic agents (...) appeared after the date of adoption of Directive 2001/18/EC or have been mainly developed since that date ». It therefore enjoined the French government to withdraw from the catalog and from the market the varieties carrying a GMO trait obtained by such techniques and which it had registered without having first required a European authorization as GMOs.

Since then, in France, the government has drafted three regulatory texts aimed at transposing this ruling into French legislation on GMOs and excluding undeclared GM varieties from the list of varieties authorized for marketing. Although these texts remained at the draft stage, they provided the European Commission with the opportunity to create a controversy as to the scope of the CJEU ruling by stating in 2020 to the French government that it would not be legal to establish a distinction « between in vitro and in vivo mutagenesis » [2]. This position is therefore contrary to that of the French Council of State, as well as to that of the European Commission, which was stated in 1992.

As the government has done nothing since the notification of its draft regulatory texts, the french Council of State returned to the CJEU in November 2021 to make it clarify its 2018 ruling with two general questions. The CJEU’s answers would allow for the implementation of Directive 2001/18, regardless of the GMOs showing up at the EU’s doors. The Council of State wishes to know whether, in order to identify techniques of mutagenesis that have traditionally been used for various applications and whose safety has long been proven, one should « consider only the ways in which the mutagenic agent modifies the genetic material of the organism » or, on the contrary, « take into account all of the variations in the organism induced by the process used, including somaclonal variations, which may affect human health and the environment ». It also asks how to establish the history of safe use of a technique. Concerning in vitro random mutagenesis on plant cell culture with mutagenic agent, it notes that « there is very little evidence of agricultural use of these varieties during this period [1980s and 1990s], whereas only field use seems relevant to ensure the safety of the release of genetically modified organisms into the environment ». Should therefore only be considered field crops of plants obtained by these techniques or should be established the history by integrating the research work prior to these crops ? In the end, the Advocate General proposes that the CJEU should not answer these two questions.

The Advocate General validates the finding that there is no history of use but...

The Advocate General simply proposes « that the Court should answer the questions for a preliminary ruling referred by the Conseil d’État (Council of State, France) [stating that] (...) random mutagenesis applied in vitro comes under point 1 of Annex I B to that directive ». It relies on an information provided by the French government and the European Commission in particular, stating that « plant varieties resulting from in vitro mutagenesis (...) have been marketed since the beginning of the 1990s, that is to say, well before Directive 2001/18 was adopted ». This statement is in line with the observation made in 1992 by the European Commission itself, as we have seen. Thus, by specifying that such varieties « have been marketed since the beginning of the 1990s », the Advocate General, the European Commission and the French government confirm that these GMOs were not developed before that date. They were therefore developed at the same time as transgenic GMOs marketed on a much larger scale during the same period. These GMOs should therefore be subject to the 2018 ruling of the CJEU by regulating such varieties as GMOs in the same way as transgenic varieties. However, since the intention is rather to deregulate these GMOs, the Advocate General has opted for a circumvention strategy that results in asking the CJEU to overrule itself.

Thus, in order to conclude as he will that these GMOs should be excluded from the scope of the legislation, he explains that in 2018, the CJEU « did not rule expressly on the method of random mutagenesis applied in vitro ». A surprising statement because, in 2018, the CJEU had taken the general view that organisms obtained by means of new techniques/methods of mutagenesis that have emerged or have mainly been developed since the adoption of Directive 2001/18 cannot be excluded from the scope of the latter.

To justify his wish to exclude these GMOs from regulation, Maciej Szpunar has set out general principles to try to make people believe in a long history of proven safety by confusing development in a confined environment (the laboratory) with dissemination in the environment (field trials and marketing). He writes that « In the course of the 20th century man mastered the technique that enables mutations to be caused, with the help of chemical or physical factors » or that « random mutagenesis » is also called « traditional mutagenesis ».

This convoluted approach reaches its climax when the Advocate General quotes the french Scientific Committee of the High Council for Biotechnology, which states that « mutagenesis induced in vitro was developed in the 1960s-1970s, including on isolated cells from 1974 onwards, in particular on rapeseed varieties marketed on a large scale since 1992 ». However, this date of 1974 refers to laboratory work and not to various applications in an open environment, which are the only ones capable of demonstrating proven safety, provided that they have been developed for a long time. And the only precise date, which the Advocate General himself has taken up as we have seen above, of a first development in an open environment, is 1992. That is to say, at a time when GMOs without a history of safe use were already regulated by a directive that deals with release into the environment, as its title, Council Directive 90/220/EEC of 23 April 1990 on the deliberate release into the environment of genetically modified organisms, clearly indicates. A title which will be taken again clearly in 2001 to name the directive 2001/18 replacing the directive 90/220 : Directive 2001/18/EC of the European Parliament and of the Council of 12 March 2001 on the deliberate release into the environment of genetically modified organisms and repealing Council Directive 90/220/EEC.

The Advocate General proposes not to respond to the Council of State !

Since, in his view, it is « the same technique », he considers that resolving the disagreement between the parties depends « on the answer to be given to the question whether the method of random mutagenesis applied in vitro must be excluded from the scope of Directive 2001/18 ». He therefore proposes to ignore the questions of the french Conseil d’Etat, which would allow the CJEU to formulate a general answer of correct reading of the law. According to his opinion, the CJEU should therefore replace the European Commission in dealing with the specific case of GMOs obtained by « random mutagenesis applied in vitro » by stating abruptly that they are excluded from the requirements of the directive. A reformulation by the CJEU of the questions raised by the french Council of State is certainly legally possible. On the basis of the questions raised and the submissions received from the parties involved in the case, the judges of the Court may consider that the questions formulated are not relevant to allow a constructive response from them. And if they reformulate these questions, the stakeholders are not necessarily invited to re-file a brief on these new questions. But whether such rephrasing is warranted in this case remains to be seen.

The ruling of the Court of Justice of the European Union is now expected, possibly at the beginning of 2023, just before or at the same time as the proposal announced by the European Commission on a new regulatory framework for GMOs obtained by « directed mutagenesis and cisgenesis ». In the meantime, while the seed companies have not yet communicated on this opinion of the Advocate General, the French organizations that initiated the procedure at the Council of State and thus at the Court of Justice of the European Union have reacted to his conclusions [3]. They believe that the Advocate General’s argument is based in part on studies that « do not take into account the plants that are actually grown and consumed, nor the definition of GMOs established by the legislator, which concerns entire plants ». Faced with this desire to go against European law and to deregulate GMOs obtained by random mutagenesis implemented on plant cell culture with a mutagenic agent, they hope that « the CJEU will return to the strict application of the intention of the legislator, who never wanted to exempt from GMO regulation plants obtained by new genetic modification techniques that appeared and were developed in the 1990s ».