Bioprinted organs and tissues : where do we stand ?

3D bioprinting is a technology that aims to produce bio-compatible tissues and organs that can be implanted in the human body. Born at the end of the 20th century, it is still seeking to reach a maturity that would contribute to the advent of « augmented man », with the ethical and legal problems that this imposes. 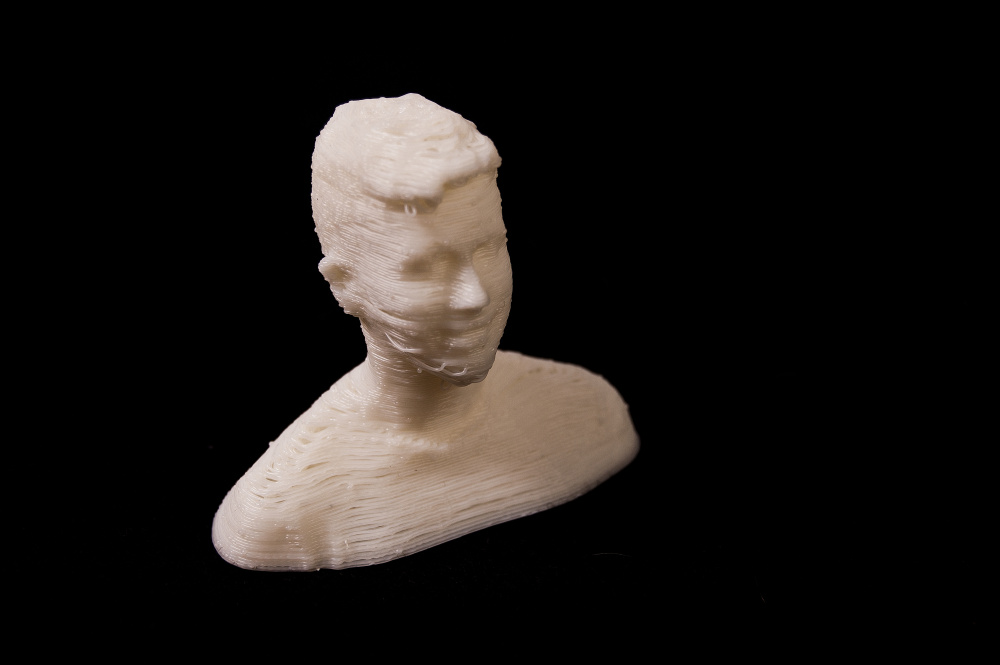 3D bioprinting (BI-3D) is a technology belonging to the field of synthetic biology [1]. It aims to produce tissues and other biological constructs by means of 3D bio-printers. This "additive manufacturing" uses a principle of stacking successive layers of living cells on bio-matrices via computer assistance. Such spatial structuring would make it possible to ’repair’ tissues or even artificially reconstitute an entire organ. Today, some operating theaters are equipped with 3D bio-printers to manufacture and graft skin, particularly for burn victims [2].

A technology "inspired" by inkjet printers...

The first experiments in bioprinting are thought to have been conducted in the 1980s. In 1988, R. J. Klebe, a researcher at the University of Texas, developed Cytoscribing [3], a method of micro-positioning cells, inspired by the classic ink-jet printer. This method uses ’bio-ink’, a misleading name since it is actually the material used to produce artificial tissues using 3D printing. These bio-inks are mainly composed of cells and are often combined with additional materials, such as bio-polymers, which envelop the cells. However, the real emergence of this technology took place in the 1990s, and its transfer to the industrial sector only occurred in the 21st century with more expensive but more efficient approaches, such as micro-extrusion bioprinting [4]. In this technique, cell-laden "bioinks" are dispensed through a nozzle or syringe to form filaments, fibres or droplets and create cell-laden scaffolds layer by layer. Micro-extrusion BI-3D is commonly used to print high viscosity biological tissues in 3D. However, it offers only low resolution, i.e. low precision placement of the cells by the printer, which affects the final development of the cells and the desired shape of the tissue. A third laser-based approach, LAB (Laser-Assisted Bioprinting), is not widely used due to the limited number of compatible biomaterials, its slow pace and its still high cost [5]. 3D bioprinting production starts with a three-dimensional scan of the object to be produced. Computer-aided design (CAD) software is used to model this object when it is not available. The scan is then translated by computer-aided manufacturing (CAM) software into a path that the printer can follow. The object is then printed layer by layer using bioprinters, robotic devices guided by software.

... to produce ’humanised’ tissues or organs

3D bioprinting aims to be useful for research in biology, but also in regenerative medicine. As the ’printed’ tissues or organs will ultimately be implanted, the environment in which this is done must be taken into account. The act of transplantation must also take into account the phenomenon of rejection. 3D bioprinting must therefore use biomaterials that do not induce an immune reaction, notably hydrogels and sugars. These provide a ’scaffold’ in the printing process that allows the 3D printed cells to replicate [6]. The BI-3D method using ’bioink’ claims to solve this rejection issue by using cells from the individual recipient of the transplant or from another individual of the same species, related (family) and/or with similar biological characteristics. But 3D bioprinting seems to be stymied above all by the scope of its objectives. For the moment, the most advanced projects would be the production of simple tissues, such as the skin of the French company Poietis [7], an spin-off of Inserm [8]. Its co-founder, Bruno Brisson, himself estimated in April 2020 that "despite advances in research, it is not currently possible to print entire functional organs" [9]. Some people are nevertheless trying to push the limits of 3D bioprinting, following the example of Tel Aviv University which, in 2019, produced the first heart using a patient’s own cells [10]. Researchers at this university have demonstrated contractility and some conduction speed in the laboratory, as noted in the Journal of Material Science in May 2021, in a review of bioprinted heart projects [11]. But, as with the various heart projects mentioned in this article, we are still at the experimental stage. The consultancy firm Alcimed confirmed this in March 2021 in another article on the progress of the bioprinted heart [12] : "Many challenges remain before 3D printed hearts are available for implantation in patients. The 3D printed heart has a long way to go.” However, projects still seem to be in development around less complex organs. In June 2022, the company 3D Biotherapeutics announced that it was in a clinical trial to examine the safety and preliminary effectiveness of a BI-3D-made ear for patients with microtia. This rare pathology corresponds to the partial or total absence of the auricle [13]. Ethical and epistemological questions will arise, particularly because of the attraction of some to transhumanism. The ’market’ for BI-3D is expected to attract industry as it is currently valued at around $3 billion [14]. Devices for implementing the various 3D bioprinting techniques are already being marketed by many companies [15]. Large pharmaceutical laboratories are following suit by proposing components for the manufacture of new tissues and organs, such as the "bio-inks" of the Merck laboratory and its subsidiary Sigma-Aldrich [16].

In 2014, in his article "To Bioprint or Not to Bioprint", Harvard Business School lawyer Jasper L. Tran examines, from an ethical perspective, the ’pros’ and ’cons’ of BI-3D [17]. The reasons he gives are essentially societal. He believes that an outright ban would be an "easy answer to the question of how to regulate bioprinting" but that it would "prevent many lives from being saved". Jasper L. Tran adds that such a ban would stop all research and stifle innovation, as if all innovation were positive in principle. Moreover, such a ban would, in his view, be unlikely to be politically accepted because of its radical nature [18]. An intermediate restriction could, according to the jurist, cause other kinds of problems, such as the "development of a black market in printed organs", with the inherent health risks. In contrast to an outright ban, one could opt for self-regulation. Jasper L. Tran mentions this as an option, but it would require a government to "depend on the market and trust each individual". In addition, it would have to "play a supporting role in educating the public and providing them with information on the safety of BI-3D". This can easily be seen as wishful thinking or an over-belief in the capabilities of social engineering. The option proposed by Jasper L. Tran of empowering individuals and the institutions that govern them would in any case most likely be the one defended by the 3D bioprinting industry. And nothing can rule out the possibility that the latter will eventually be technically and economically accessible to (almost) everyone. What will happen then to the social, ecological and human cost of 3D bioprinting ? Are we inevitably faced with a collective inability to decide what we want ? The advent of 3D bioprinting in the daily life of ’patients’ remains a possible hypothesis without the limits or risks being controlled. It raises concerns about transhumanism and its extreme version, the design of an artificial human. It also raises another legal issue, around intellectual property rights. In their study, researchers N. Althabhawi and Z. Zainol [19] examine the issue of patentability of 3D bioprinting and its products in different jurisdictions, including Europe and the US. They highlight, among other things, the specificities of this technology, and their possible impact on the interpretation of the notions of exclusion from patentability and "products of nature". They also raise the question of "who owns each individual’s body when it includes patented components ?