Public consultations ahead of deregulation of new GMOs ?

In the Western world, conducting pseudo-public consultations before decisions are made seems to become more and more the regular mode of public action and of building social acceptance. The field of GMOs is no exception. In the European Union (EU), a public consultation on the legislation applicable to certain GMOs has just ended. But the questions asked were denounced for their biased nature. Outside the EU, several countries that have recently adopted more flexible rules for new GMOs have previously organized public consultations... without taking into account the results of the consultation. 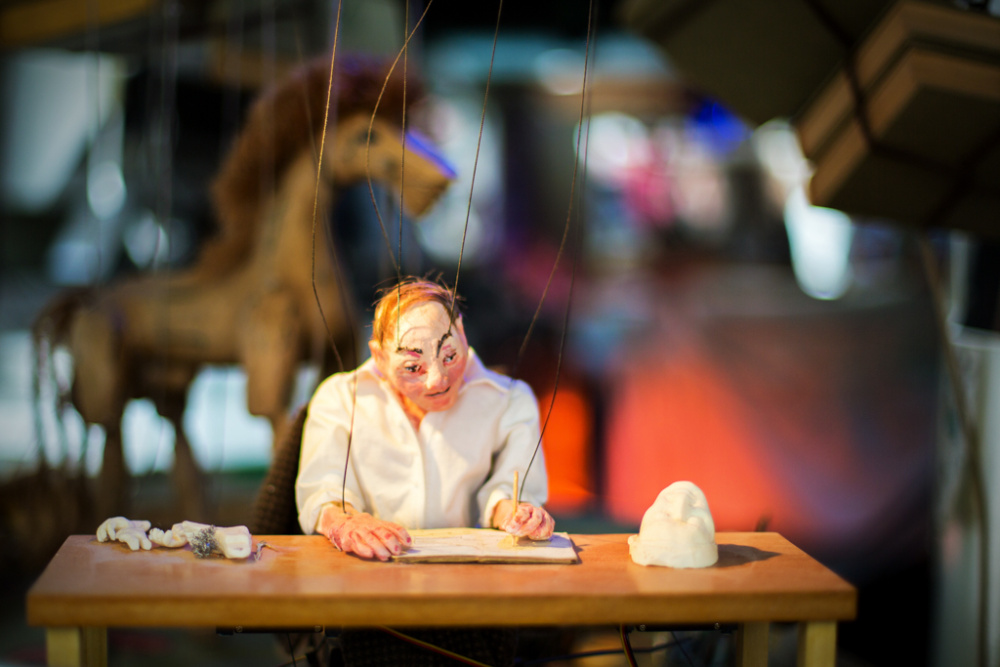 Canada [1], the United States [2] and the United Kingdom [3] have recently relaxed the rules for new GMOs. These reforms were all preceded by public consultations over several weeks and open to all stakeholders. They all have in common that the results of the public consultations were not taken into account. The final rules even go against the comments and fears expressed by the majority. In the United Kingdom, for example, the public consultation organized prior to the adoption of less restrictive rules for field trials of new GMOs showed that, among the participants, 88% of individuals and even 64% of companies wanted these GMOs to be subject to the same rules as other GMOs [4]. In the United States, the Department of Agriculture itself admits that most of the 6,150 comments made during the public consultation it held from June 6 to August 6, 2019 expressed generalised opposition to GM products. Of the comments that specifically addressed the proposed regulatory changes, only 25 expressed "some" support [5].

Public consultations are often presented as a means of responding to a legitimate request from citizens to be able to actively participate in the decision-making process and to strengthen citizens’ confidence in their government. But these lofty goals mask the theoretical origin of public consultations and therefore their limitations. Citizen participation in environmental decision-making is a principle enshrined in the 1992 Rio Declaration (principle 10). As for the 1998 Aarhus Convention, it requires its parties to promote "effective public participation at an appropriate stage, and while options are still open, during the preparation by public authorities of executive regulations and other generally applicable legally binding rules that may have a significant effect on the environment" [6] [7]. But, beyond the environmental issue alone, public consultations tend to become a normal mode of public action in Western states as part of decision-making processes. And the origin of this evolution is to be found in the doctrine of New Public Management. Based on a neo-liberal rationale, New Public Management consists of extending to public administration the rules and methods of the private sector in the name of effectiveness and efficiency [8]. Over the past 40 years, the New Public Management principles have been gradually introduced into public administration. This has manifested itself, in particular, in the multiplication of agencies (the European Food Safety Authority for the European Union, among others) but also in the adoption of "better regulation" programs, starting in the 1980s, with the aim of simplifying them and generating time and cost savings through the reduction of the regulatory burden. Better regulation tools include impact assessments prior to the adoption of new regulations and public consultations. The link between better regulation and public consultation is very clearly established by the European Commission, which adopted the New Public Management approach in the 2000s. In 2002, its Communication entitled "Better Lawmaking" was the first step towards "simplifying" European Union legislation. It introduced the obligation to carry out impact assessments and stakeholder consultations for new initiatives proposed by the Commission [9]. According to the New Public Management doctrine, the State must, to solve a given problem, stop relying on its administration alone and rely more broadly on public agencies, economic players, organisations, and on citizens considered as consumers. Public consultations perfectly reflect this idea. The rule adopted at the end of the procedure will thus reflect the concerns and values of these different stakeholders. A rule that is as close as possible to the interests of these parties, following a a client-oriented approach, is supposed to be a guarantee of its effectiveness.

It is clear, however, that the ultimate objective of simplifying legislation which is to reduce the regulatory burden, as well as the imperative of competitiveness, require that certain concerns or values be given priority over others. In other words and more prosaically, since it is indeed a client-based approach that we are talking about, some clients have more weight than others. In the field of GMOs, the reduction of the regulatory burden is synonymous with less restrictive rules or even deregulation. This aim is sometimes explicitly stated before the public consultation preceding the adoption of new rules. This was the case in the United States, where a presidential executive order instructed the Department of Agriculture to review its regulations in order to « avoid undue regulatory burdens ». Taking into account the desire for existing regulations to be maintained or even strengthened is therefore excluded from the outset. Sometimes the objective of deregulation is more implicit and takes the form of a bias in the way the objectives and context of the consultation are presented and the questions are asked. In the United Kingdom, for example, the public consultation organised in January 2021 ahead of the adoption of the rules relaxing the conditions for field trials of new GMOs was introduced by a biased text. It starts by claiming that "gene editing" « has the potential to make producing abundant, healthy food part of reducing the environmental impact of a growing global population » and that it « could fine tune and speed up the natural breeding process targeted towards environmental gains in England and help us reach climate and biodiversity goals » [10]. The basis of the proposal is that « organisms produced by GE or by other genetic technologies should not be regulated as GMOs if they could have been produced by traditional breeding methods ». This position, it is stated, « follows the science, which says that the safety of an organism is dependent on its characteristics and use rather than on how it was produced ». However, these statements are not supported by any factual data. From the introduction, the citizen is led to accept these so-called "scientific" assertions. In the European Union, these same biases and the biased nature of the questions led the European Coordination Via Campesina (ECVC) to refuse to take part in the public consultation on "Legislation for plants produced by certain new genomic techniques" [11] organised by the European Commission from 29 April to 22 July 2022. In an open letter addressed to the European executive, ECVC, which represents 31 organisations of European small and medium-sized farmers and peasants, denounced a "consultation (which) does not allow to refuse the possibility of abandoning the current GMO regulation" and "where the expression of divergent views is made impossible" [12]. It should be noted that in September 2021, the European Commission launched a first consultation on an initial impact assessment (inception impact assessment) on certain new GMOs (resulting from targeted mutagenesis and cisgenesis). The majority of the more than 70,000 respondents, 96.20% of which were citizens [13], expressed their opposition to the deregulation of GMOs [14]… Admittedly, the results of public consultations are not binding on the executive. When the consultation precedes the parliamentary examination of a legislative proposal, this is quite normal because it cannot compete with the legislative process itself. But when most of the concerns and comments expressed are ignored, it is inevitable that citizens and other stakeholders will question the meaning of the public consultation and the value of participating in it. Is the die already cast ? Is citizen participation only meant to provide a democratic backing for rules that satisfy private interests more than the general interest ? Is the consultation a means of assessing resistance to a particular envisaged legislative reform ?In a communication of 2021, the European Commission presents public consultations as a means of sustaining trust in the European Union [15]. But this trust must be deserved and it is never definitively won.

Reversing the meaning of words

In the early 2000s, in Europe, the social pressure exerted by citizens’ mobilizations and public debates led to the first de facto moratorium on GMOs. Today, systematized public consultations, in the wake of the New Public Management, are a purely formal step in the decision-making process. The indifference to the opinion of the citizens manifests itself in several ways : obstacles to a broad participation of the population [16], consultations introduced by a narrative based on unfounded or even deliberately erroneous information, and orienting towards the desired answer (as in the United Kingdom), pseudo-consultations based on multiple-choice questions preventing any form of debate and confining the public to choices corresponding to the application of a decision already taken and, moreover, often contrary to the opinion expressed by the majority of the public. These pseudo-consultations are more like the collection of semantic data intended to feed social engineering algorithms (manufacturing of communication tools) than genuine consultations.

[4] Department for environment and rural affairs, Summary of responses to a consultation on the regulation of genetic technologies, 29 septembre 2021.

[6] Article 8 of the Aarhus Convention

[15] Communication from the Commission to the European Parliament, the Council, the European Economic and Social Committee and the Committee of the Regions, Better regulation : Joining forces to make better laws, 9 April 2021, COM(2021) 219 final. https://eur-lex.europa.eu/legal-content/EN/TXT/PDF/?uri=CELEX:52021DC0219&qid=1660813523625&from=FR

[16] In Canada, there have been barriers to broad public participation. Health Canada announced its consultation through an electronic mailing list to which individuals and organizations could subscribe if they wished to follow all of the consultations organised by Health Canada. The notice of consultation was then posted online, but the consultation documents were not posted online and the public had to send an email to obtain them. These were complex documents for those unfamiliar with the terms and regulations. To participate in the consultation, the public was invited to email the department. There was no online questionnaire. Health Canada received 67 responses from organizations, associations and businesses and over 4,500 comments from individuals.