Five farmers in the Andalusian province of Huelva (Spain) have had their blueberry plants seized. They had not paid the licence fees for the three varieties they were growing. They face fines and up to three years in prison. For several years, Spain has been known to imprison farmers for failing to hold a licence to grow plant varieties. In other European countries, the law also provides for imprisonment in certain cases. 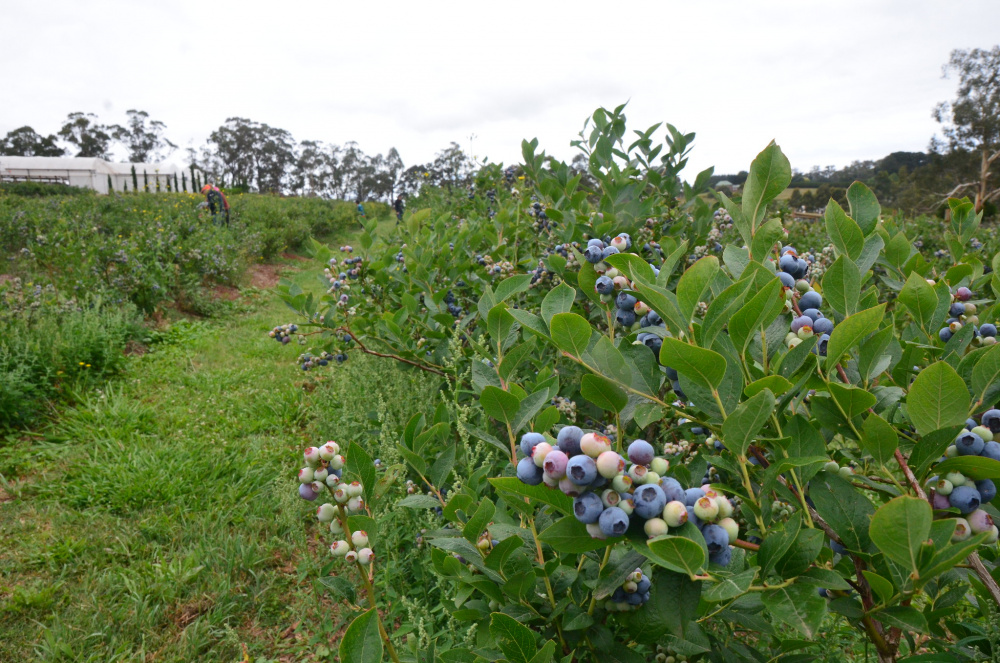 More than 20,000 blueberry plants were “immobilised” in May 2021 pending trial in the municipalities of Moguer and San Bartolomé de la Torre (province of Huelva, Andalusia, Spain). The Guardia Civil took samples from five farms, which revealed, after genetic analysis, that three varieties of blueberries [1] were being grown without a plant breeders’ licence.

This is not the first time that such cases have occurred. Geslive [2], a subsidiary of the National Association of Plant Breeders (ANOVE), is behind the accusations and prosecutions. It has reported around thirty cases since 2011, involving various crops (cereals, almonds, blueberries, legumes, fruits, flowers, etc.) [3]. According to Geslive, 53% of the nurseries inspected in 2016 were in breach of regulations [4]. Spanish law [5] imposes heavy sentences on offenders : nine months in prison in 2015 for possession and propagation of protected varieties of peaches and nectarines, a six-month prison sentence in 2016 for a producer of flat peaches, the uprooting of 1,500 blueberry plants, and fines of more than 4,000 euros in 2018, in the same area of Andalusia where the recent inspections were carried out. In the latest case, in February 2021, a farmer in the province of Ávila (Castile and León) was sentenced to six months’ imprisonment, with no possibility of appeal, for having supplied her neighbour with the “Berdún” soft wheat variety [6]. According to the UPOV Convention, ratified by the European Union, such transfers of varieties constitute an offence, even if they are free of charge. The non-payment of licence fees is an offence applicable to all those involved in the sector, from nursery owners to retailers, including farmers, who have run the risk of up to three years in prison in Spain since 2015 [7].

In the recent Moguer case, one of the varieties involved, Snowchaser, is protected by a PVR (plant variety right) registered by the University of Florida, which licensed it to the Seville-based seed company Rústicas del Guadalquivir. However, none of the five producers that were inspected had paid the royalties due to this company for its plants. A little over two years ago, the US courts found Hartmann’s, a nursery in Michigan (USA), guilty of supplying blueberry varieties owned by the University of Florida to Spanish growers in Huelva. It was fined nearly a million dollars and permanently banned from producing and selling these varieties.

Plant variety rights are industrial property rights which are granted to the breeder of the variety in the 75 member states of UPOV, as well as in other countries worldwide [8]. In the European Union, they are governed by a specific Council Regulation on Community plant variety rights [9]. In addition, there are national laws as in France, where the protection of new plant varieties is governed by Chapter III of the Intellectual Property Code [10]. In this same Code, Article L623-32 sets the amount of the fine incurred for an individual : 10,000 euros. And up to six months’ imprisonment in the case of a repeat offence.

The French Plant Breeders’Organisation (SICASOV), collectively manages certain PVRs, originally in France and now in other countries (Italy, Germany, and even as far away as Oceania [11]), dealing with licensing, payments, inspections, etc. It is an organisation that brings together the main seed breeding companies. Its director, Jean-Fred Cuny, tells us that in the last ten years, no case has resulted in a conviction, although they do have “an open court case that could be decided in 2022”, about which they are unable to comment. He adds that SICASOV “acts as a last resort in civil proceedings and always seeks to reach an out-of-court settlement with the offender in order to bring the dispute to a rapid and amicable end”.

When asked by Inf’OGM about the likelihood of farmers being prosecuted in France, the French Union of Seed Companies (UFS), although it represents seed companies that are also members of SICASOV, “cannot answer our question because the mission of the UFS is not to monitor plant variety rights, which is a private matter for breeders”. Nor was an answer forthcoming from the National Plant Variety Office [12] (INOV). This body examines applications for plant variety rights and inspects the varieties for which rights have been granted. But INOV tells us that it has “no insight into what goes on in disputes between rights holders and infringers”. Finding information on these private law disputes, it seems, is no easy task. The only source is the judgements of the Paris Regional Court, where we were able to track down two judgments ordering payment of 10,000 euros and 3,000 euros to breeders following two disputes over potato varieties –in 2005 and 2017 [13] – and a third case over a forsythia in 2008 [14]. So in the end, the out-of-court settlements mentioned by SICASOV seem to work rather well.

In the European Union, Francesco Mattina, Vice-President of the Community Plant Variety Office (CPVO), reminds us that “in the field of criminal law, there is no harmonisation of measures at EU level as in the field of civil law”. This means that there are no common sanctions for failure to obtain a plant variety licence. However, the CPVO has set up a PVR case-law database, which is available on their website [15] and publishes a compendium of cases every five years [16]. A search for the keyword “prison” in this database yields 41 cases since 2004 – all in Spain !

It should be noted that there is an international association, based in Brussels, which, like SICASOV and Geslive, specialises in the detection of fraud : the Anti-Infringement Bureau for Intellectual Property Rights on Plant Material (AIB). The most common way of detecting fraud is to identify sales that appear to be in excess of market volumes and then launch investigations into rights infringements. AIB successfully convicted a Sicilian tomato producer for the first time in November 2019 for failing to obtain a plant variety licence : 15,000 euros in fines, plus the payment of 70,000 euros pending appeal, to be split between AIB (20,000 euros) and Syngenta (50,000 euros), the licence holder. But most significantly : one year in prison ! [17]

Plant variety rights – as industrial property rights – are often preferred to the patent system. Current debates on theextent of the protection they confer – debates linked to the definition of “essentially derived varieties”, and to genomic characterisation to describe varieties [18] – reveal the growing similarities with patents : sending farmers to prison is now a common feature of these systems [19]. Is it not time to finally abolish the ownership of living things ?

English translation by Charles Balfour from the French original. Published by Apbrebes : https://www.apbrebes.org/sites/default/files/2021-07/Private%20varieties%20and%20jailed%20farmers_InfOGM_en_fin.pdf

[1] The varieties in question are Emerald, Snowchaser and Ventura.

[8] To which two other bodies should be added : the European Union and the African Intellectual Property Organisation (OAPI).

[11] See the (long) list of countries in which they operate.

[12] INOV reports to the Ministry of Agriculture, Food and Forestry. The INOV director is appointed directly by the Ministry through an official notice of appointment. He/she performs his/her duties independently of any hierarchical or supervisory authority.

[19] In France, cases are rare, but counterfeiting can be punished under criminal law : it is an offence punishable by three years’ imprisonment and a fine of 300,000 euros (Articles L 615-14 and L 615-14-1 of the Intellectual Property Code). At the international level, several years of imprisonment are also provided for in cases of violation of patents or PVRs on seeds, see Seed laws that criminalise farmers : resistance and fightback, Grain, April 2015