Since 2016, a debate is going on about the legal status of genome, protein, RNA... sequence information recorded in databases. This debate is taking place among states member of several international fora or conventions : the Convention on Biological Diversity, the International Treaty on Plant Genetic Resources for Food and Agriculture (Tirpaa), at the FAO Commission on Genetic Resources... In 2021, the discussions are based on six different options. 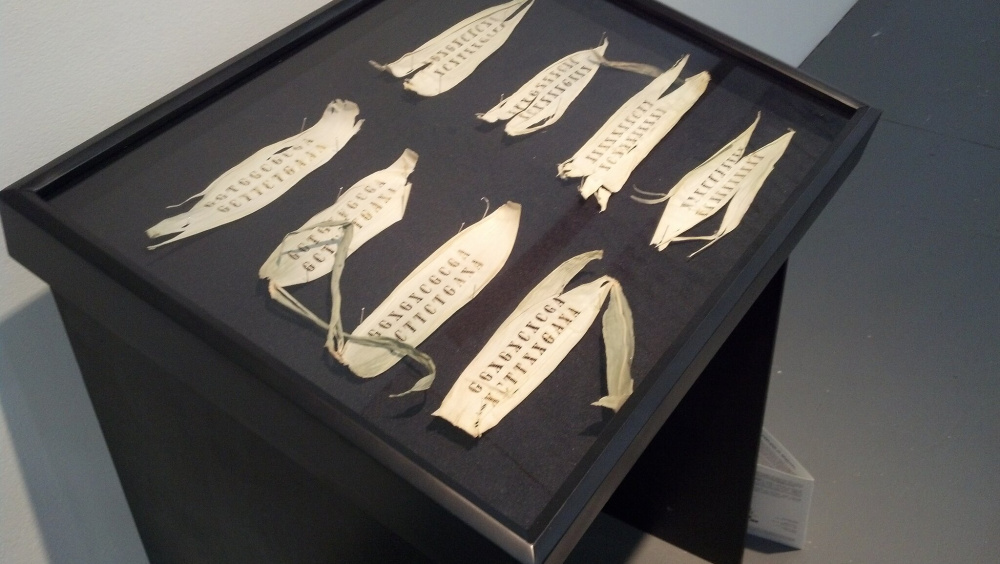 In 1992, the adoption of the Convention on Biological Diversity (CBD) was to enable the conservation and sustainable use of biological diversity, and the fair and equitable sharing of the benefits thereof. This last objective began to be realized 22 years later, in 2014, with the entry into force of the Nagoya Protocol, an instrument to fight biopiracy. However, as early as 2016, discussions began on whether, in addition to the physical resources themselves (plants, animals, microorganisms), the digital sequence information (DSI) derived from these physical resources should also be subject to the Protocol [1].

The survival of the Nagoya Protocol in question

Since the adoption of the CBD, biodiversity is no longer considered as a common heritage of humanity freely accessible to all. Each country has in fact become legally sovereign over its biodiversity. In order to access and use it, one must first obtain prior informed consent from the sovereign country and, if it so decides, from the indigenous peoples or local communities that conserve it, and then share with them in a fair and equitable manner the benefits arising from its use. Each transfer of an organism (plant, animal or micro-organism) from one country to another is therefore subject to a Material Transfer Agreement (MTA, [2], which the CBD keeps track of in its Biosafety Clearing House [3]. Today, a lot of information from these same living organisms has been sequenced and recorded in public or private databases. These are the famous DSI. Since 2016, the CBD has therefore been considering whether or not these ISDs should be considered as equivalent to the physical genetic resources from which they originate and therefore subject to the Nagoya Protocol or not. Two blocks of countries oppose each other on the answer to be given [4]. If the answer is a non-equivalence, we could well witness the death of prior informed consent and benefit sharing, and thus of the Nagoya Protocol, since biodiversity would become freely accessible in its digital form. In the framework of the CBD, a series of webinars has started since December 2020, to first clarify the current position of States, and then discuss a possible common international framework [5].

First option : no agreement between countries

During the 3rd webinar which was held on February 11, 2021, options to regulate DSI were presented [6]. The first of these is the lack of a common response. In this case, each country could be free to regulate at the national level the access and use of DSI from organisms part of the biodiversity over which it has sovereignty. This could be particularly the case since some countries, such as Brazil, have already established in their national law that DSI are subject to the requirements of the Protocol. Above all, this option has some plausibility because not all countries are on the same starting line. Countries with what could be described as low biodiversity are the most interested in obtaining an international agreement officially deregulating DSI. Conversely, countries with a high level of biodiversity are in a less politically constrained position to reach an agreement. National provisions or even bilateral treaties could theoretically be sufficient to protect their biodiversity. Unless other provisions were to stand in their way, such as possible agreements at the World Trade Organization (WTO), which are in fact binding on all its members. For two years, the WTO has been holding informal discussions on a possible framework for "online" trade (e-commerce). One of the amendments proposed by the European Union, if adopted, could prohibit any regulation of electronic data flows. This is precisely what digital sequence information are…

From a strict framework... to a virtual absence of framework

But before this lack of agreement becomes a reality, five other options are on the table for negotiators. Of these, only one option contemplates regulating access to DSI at the international level in line with access to physical samples under the Nagoya Protocol. This option, numbered 1 in the current discussions (see table below), provides for access to and use of DSI to be conditional on prior informed consent, a material transfer agreement and benefit sharing. The four remaining options propose variations of a progressively reduced framework. The last of these options is the most complete reduction, since it proposes to consider DSI as not being genetic resources and therefore not to regulate their access and use at all. In a world where information on the organisms that constitute biodiversity will be increasingly accessible in digital form in databases, this option would therefore sign the end of the protection of biodiversity as desired when the Nagoya Protocol was signed. But other less extreme options are being discussed. While all of them propose to no longer require prior consent, differences would then be made between imposing or not a material transfer agreement (option 2) and imposing or not benefit sharing (options 2 and 3.1). Proposals were also made for the implementation of payment. It would no longer be a question of sharing benefits but of remunerating the States that have sovereignty over the biodiversity at the origin of a given DSI. This remuneration could be financial, with access to DSI conditional on the payment directly to the sovereign State (option 3.1) or on a contribution to an international fund, for example (option 3.2). Another option proposes that technical and scientific cooperation be established on the basis of remuneration, but not financially (option 4). Finally, one last option exists, that of an agreement establishing that DSI are not equivalent to the living organisms from which they are derived and therefore not subject to the Nagoya Protocol.

Geographical origin to be provided ?

Providing the geographic origin of the organism concerned is inherent to the Nagoya Protocol, to ensure prior informed consent and to implement benefit sharing. With DSI, this information could be lost if there is no vigilance or obligation to fill it in when registering DNA, RNA or protein sequences in a database. Of the six options discussed, four of them involve filling in the geographic origin. The absence of an international agreement could also lead to the existence of this information if countries legislating nationally decide to make it mandatory. A likely possibility : this information is one of the ways for countries wishing to regulate the use of DSI to make it effective. This question of providing information on geographical origin is anything but trivial. Indeed, it is part of the patent issue with the discussions ongoing at the international level on a possible unique international patent system [7]. These discussions are stumbling on the obligation to indicate the geographical origin of the material used for the invention, and the two same blocks are opposed to each other...

The webinars held between December 2020 and April 2021 were open to all and were outside the formal negotiation process. An online discussion forum opened following the last webinar on April 21 [8]. These discussions are intended to inform the discussions on the post-2020 Global Biodiversity Framework, which will be addressed at the next meeting of all CBD signatory countries in China in the fall of 2021. This meeting will be an opportunity to make progress, but the scope of this progress could ultimately be put into perspective by the entry into play of the WTO. The fact remains that the desire, on the one hand, of companies, particularly biotechnology companies, to register patents on digitial sequences and, on the other hand, of States, particularly those rich in biodiversity, to protect their "green gold", foreshadow strong tensions. But, as long as living organisms remain patentable, as long as ecosystems are being destroyed, will allowing a State to exploit its own biodiversity in a sovereign manner be enough to guarantee its protection ?

[2] A Material Transfer Agreement (MTA) specifies where the material (e.g., plant) comes from, to whom it is being transferred, the intended use of the material, and the intended return on commercialization, see : Inf'OGM, « Obtenir d’un clic une variété tropicale », Frédéric PRAT, 11 avril 2018 (in french).

[3] See “Who is the ABS Clearing-House for ?” https://absch.cbd.int/en/about/whoisitfor

[5] Notably with submission of a pre-study to the states, see the webinars.

[6] For this article, Inf’OGM has kept the numbering of the options as commonly used in the current negotiations within the CBD.

[8] Discussion forum on DSI policy options, open to all but only in english and after having registered.