Towards a new European legislation on seeds ?

At the end of 2019, the Council of the European Union invited the Commission to study the means available to update the regulation on seeds, with a view to formulating possible legislative proposals [1]. The publication of this study, scheduled for the end of 2020, has been delayed. What exactly is it about and where do we stand ? 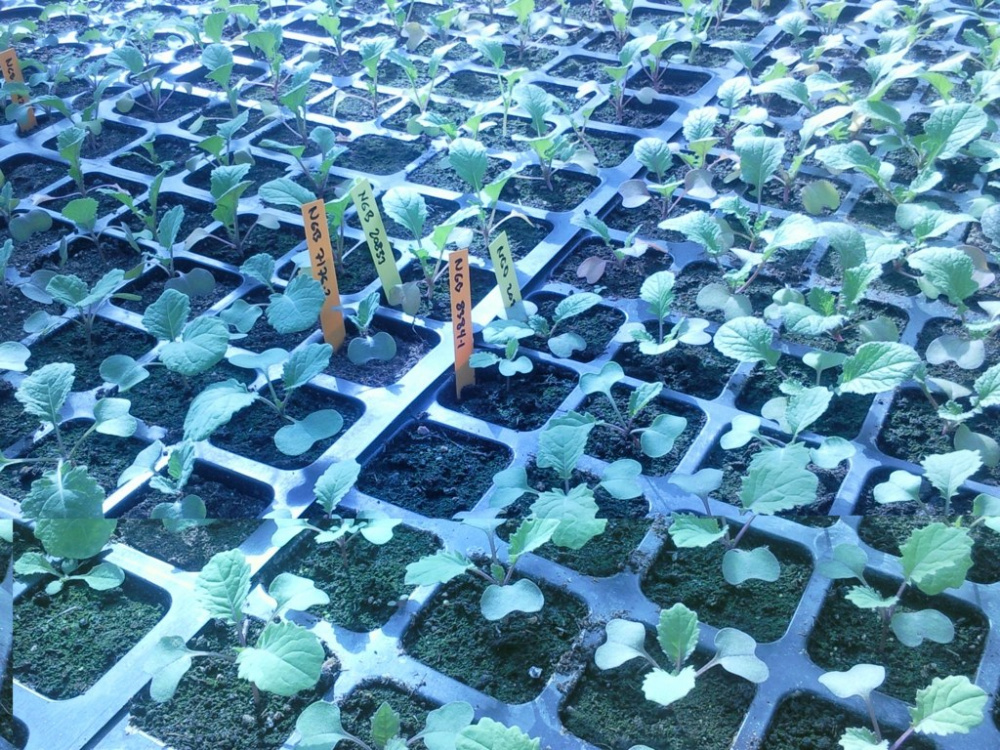 On 8 November 2019, the European Council invited the Commission to submit, by 31 December 2020 at the latest, "a study on the means available to update the existing legislation on the production and making available on the market of plant reproductive material" [2]. It also invited the Commission to submit "a proposal, if appropriate, to take account of the results of the study".

A first attempt at reform, aborted in 2014

Already in 2013, after more than five years of discussions, an attempt to simplify seed legislation was presented by the European Commission [3] : nearly 70 texts relating to the food production chain (seeds, but also official controls, animal and plant health, etc.) were to be replaced by only five European regulations of direct application in the Member States [4]. But in 2014, the European Parliament, two months before the European elections, rejected this proposal, arguing that there was not enough time to examine the numerous amendments tabled by MEPs and that there was a fear of a lack of flexibility with a single seed regulation replacing 12 sectoral directives, previously organised "by sector" [5].

To be able to simplify the legislation on seeds remains today one of the objectives of the European Commission. But behind this objective, which may seem laudable, there is in fact a risk of strengthening the big seed companies. Indeed, making this legislation more flexible is another demand of the Member States, which expect to be able to introduce certain developments more easily : for example, to include new species currently excluded from the scope of the seed marketing directives (such as buckwheat), to allow varietal mixtures, to determine new criteria for biomolecular description, or to legislate on new genetic modification techniques (better known by their English acronym NBT - New breeding techniques) [6].

In August 2020 the Commissioner for Agriculture, Janusz Wojciechowski, recalled that "one of the central topics of this study was to facilitate the registration of traditional and locally adapted varieties" [7]. This objective can be found in at least two other key areas of EU policy : the "farm to fork" strategy approved by the Council in October 2020 [8] ; and European Strategy of Biodiversity 2030 [9].

According to Päivi Mannerkorpi, from the European Commission’s Plant Breeding Material Unit, the study also concerns the marketing of varieties for amateurs, the introduction of new sustainability criteria for registering seeds in catalogues, temporary experiments on innovative approaches, monitoring, etc. For Guy Kastler of the Confédération paysanne, "Most of the language in the ’green deal’ flatters the aspirations of civil society by promising it some liberalisation of the traditional seed market on which it can focus its mobilisations. But they do not hide the desire of the four or five largest seed companies (half of them European), which control 60% of the world seed market, to "liberalise" ever more, i.e. to remove most of the administrative restrictions on access to the market and let them control it themselves thanks to their logistical and financial power, their immense portfolio of patents on almost all technological "innovations", the generalised genetic registration of varieties and genetic resources and the "self-monitoring under official control".

The Commission is moving forward but has fallen behind

Two questionnaires were launched in November 2020 by the external consultant chosen by the European Commission : one aimed at amateur gardeners, the other at professional seed companies (maintainers and marketers), with a deadline for responses on 20 November 2020. No consultation of civil society has been opened.

At a meeting of the Standing Committee on Plants, Animals, Food and Feed in November 2020 [10], the European Commission clarified that the external consultant had finalised a series of interviews and surveys with stakeholders and competent auteurities and that it would take these into account. It also said that it would also take into account ’the results of various temporary experiments and discussions at international level (OECD, UN Economic Commission for Europe, UPOV), including for fruits and forests’, although for forests, due to their specificity, the treatment would be separate. The Commission told Inf’OGM that a survey to validate the results of the study was carried out in January with governments, companies and associations. The study, supplemented by the anonymous responses to this validation survey, will be submitted to the Member States, together with the consultant’s report, in the second half of April, at the same time as it is transmitted to the Council. The Commission will then decide on the next steps. According to Päivi Mannerkorpi of the European Commission, the study will be presented simultaneously to the European Parliament’s Agriculture Committee, and ’if the results of the study justify it, the Commission will start the process of carrying out an impact assessment, on which it will base its targeted amendment of the seed legislation’ [11].

Some possible developments, according to the Commission

Päivi Mannerkorpi has outlined some key points for possible developments in a recent article [12] : a strong intellectual protection policy in line with the Commission’s new action plan on intellectual property [13] ; targeted amendments to the directives on ’plant propagating material’ (i.e. seeds and seedlings) and separate treatment of the directive on forest reproductive material, rather than a single regulation as in the rejected 2013 proposal ; a variety registration system which, to facilitate the varietal identity of seeds, "adapts to allow efficient testing with modern tools, procedures and efficient databases" : a reference to molecular markers, no doubt. It also advocates anticipating adaptation to climate change, asking a series of questions such as "should there be information on the type of environment in which varieties are adapted, e.g. a description of the variety ? In the long term : what would be the impact if we moved agricultural production to protected environments such as greenhouses or vertical production ? ».

Towards digitisation across the board ?

Other issues are also addressed in this article, such as public seed certification versus private quality assurance systems of self-monitoring of "control" of risks ; consumer demand based on biased questions such as "do they demand quality-controlled seed or do they rather prefer a wider choice of uncontrolled material that may be of lower quality ?" ; the suitability of new legislation for urban, short-distance farming ; and the use of digital technologies for the security of seed tags. Finally, Päivi Mannerkorpi concludes her recommendations on big data : "With regard to IT, digitisation and big data, we must indeed think big and prepare for the future with common systems for all aspects of seeds, including variety protection and registration, seed certification and therefore improve the security of our systems. We should not limit ourselves to the EU but continue to cooperate with the OECD, UPOV and ISTA [14]. We have been warned !

[2] Council Decision (EU) 2019/1905 of 8 November 2019 inviting the Commission to submit a study on the means available to the Union to update existing legislation on the production and making available on the market of plant reproductive material, and a proposal, if appropriate, to take account of the results of the study.

[4] In addition to seeds, official controls, plant health, animal health and the regulation on the financial framework of the food chain were also concerned.

[6] A list of these issues can be found in an article by Päivi Mannerkorpi, team leader for plant breeding material at the European Commission : "Quality Seed for Professional Use", 26 February 2021.

[8] "Primary producers should have easier access to the market for traditional breeds and varieties adapted to local climatic conditions and terroir. [The Council] welcomes, in this context, the Commission’s objective to facilitate the registration of seed varieties, including varieties used for organic farming", see paragraph 23 of Council conclusions on the strategy « From farm to fork », Council of the European Union, 15 October 2020.

[9] « The decline in genetic diversity must also be halted, in particular by facilitating the use of traditional breeds and crop varieties, which would also have positive health effects by providing more diverse and nutritious diets. The Commission is considering revising the rules for the marketing of traditional varieties to help preserve them and ensure their sustainable use. The Commission will also take measures to facilitate the registration of seed varieties, including in the context of organic farming, and to facilitate market access for traditional and locally adapted varieties", see paragraph 2.2.2 of Communication from the Commission to the European Parliament, the Council, the European Economic and Social Committee and the Committee of the Regions : "EU Biodiversity Strategy 2030, Bringing nature back into our lives", COM/2020/380 final.

[10] Section on Seeds and Propagating Material for Agriculture and Horticulture of 26-27 November 2020.

[13] This plan, which we will discuss again shortly, generalises the genetic registration of varieties (covered by plant breeders’ rights), plant traits of interest (covered by patents on genetic information) and all plant genetic resources. Hidden from public view and outside this Commission proposal, these developments are the subject of discrete work by various international bodies (UPOV, CPVO, ISTA, EPO, WIPO, OECD, ITPGRFA, FAO/Codex Alimentarius, CBD...).