In its response to a questionnaire sent by the European Commission to the Member States, France clarifies its position on the possible regulation of products obtained by new techniques of genetic modification, from which are derived what some people have called new GMOs. We are made aware that only certain GMOs would be difficult to detect and trace. For the government, the European Union must set up an ambitious research program on this issue ! 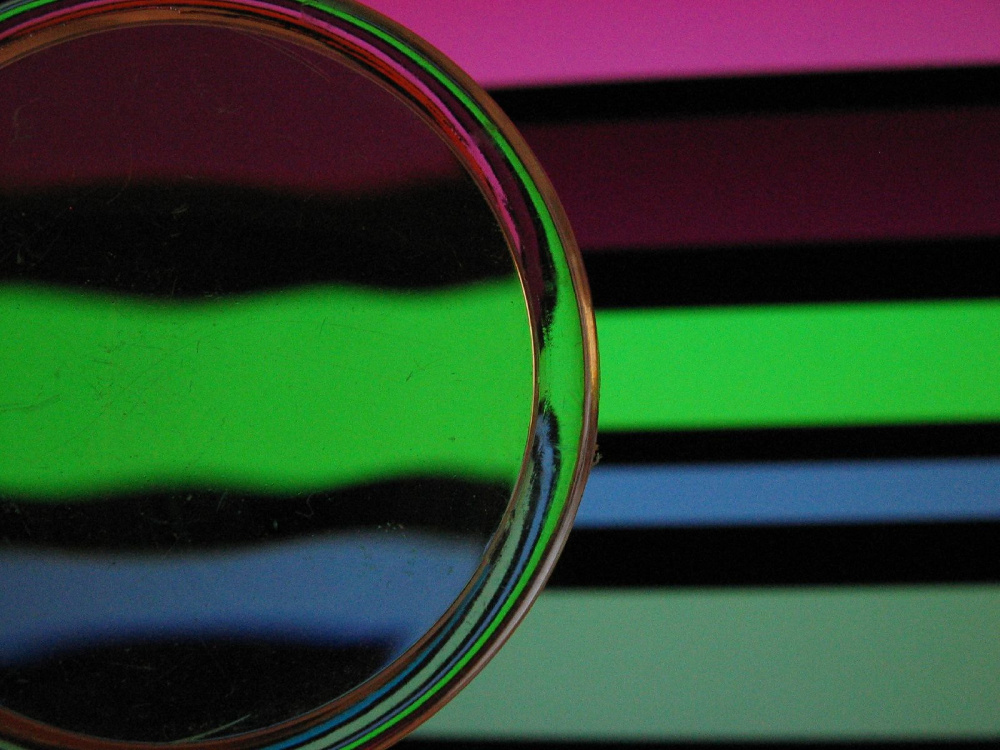 In July 2018, the Court of Justice of the European Union (CJJEU) clarified the legal status of products obtained through new genetic modification techniques by reiterating that techniques of genetic modification with no history of safe use give rise to regulated GMOs. A year later, the Council of the European Union asked the Commission for a study on the legal status of these GMOs as discussions were still taking place on the implementation of the CJEU ruling. By the 30 April 2021, the European Commission will submit this study to the Council. In order to carry out the study, the Commission questioned the Member States and some selected stakeholders to find out their positions, analyses or informations on the subject. France responded to this questionnaire in a document in June 2020, which Inf’OGM was able to obtain recently. The answers concern practical aspects such as the national measures taken to deal with regulated non-transgenic GMOs following the ruling of the CJEU in July 2018 [1] or thoughts on the ability to detect and trace these same GMOs. In a second part, which will be the subject of a forthcoming article, France lists the advantages and disadvantages related to the very use of these new techniques as well as those related to the patents attached to them.

To the question about the measures taken in France since 2018, the document first looks at the case of microorganisms, the only GMOs to have been the subject of action by the government. We thus learn that the GMO contained use declaration forms have been modified to be able to identify more precisely whether nuclease-based genetic modification techniques (DNA-cutting proteins) have been used. But the government believes that the regulatory framework for GMOs obtained by techniques called "directed mutagenesis", in its document, will increase the administrative obligations of laboratories. It therefore foresees a simplification of the regulatory procedure for certain genetically modified micro-organisms.

With respect to the release of GMOs into the environment, the government indicates that it is considering an amendment to national legislation to extend the scope of national GMO regulations to products obtained by certain mutagenesis techniques. It refers here to the Council of State ruling of February 2020, which the French government has transcribed into draft decrees and orders but has not yet implemented [2].

The registration of varieties in the catalog is also concerned. France reminds us that it is compulsory to declare whether the variety falls under the GMO regulation, as in the case of varieties derived from new mutagenesis techniques. A copy of the authorization obtained at the European level is obviously required. It is especially specified that the Permanent Technical Committee on Plant Breeding (CTPS) has established a typology of the breeding methods used to obtain varieties. We are therefore made aware that the application forms for the registration of new varieties in the catalog are gradually being modified to provide information on the origins of the genetic variability obtained in these varieties. However, this declaration is not yet as precise as a ruling by the Conseil d’Etat in February 2020, nor is it compulsory, and it has been put in place for a two-year test phase [3]. The government adds, for the Commission’s benefit, that it considers useful for this voluntary declaration system to be extended to the European level.

The issue of detection / traceability

According to the government, the lack of information on the mutation obtained would make it impossible to detect it in most cases. Similarly, the Government believes that if wild or mutated individuals of the same species have the same mutation, distinguishing the origin of the mutation would be virtually impossible. However, the same government was less assertive in the rest of its response before concluding with a call to the European Commission to set up a major research program on this controversial subject. This request from France is illustrated by the government itself in its response to the thorny question of whether it is possible to differentiate a Crispr-derived mutation from a naturally occurring mutation. The government provides a scientific reference showing that those obtained by Crispr may have different characteristics from those generated by mutagenic agents or that occur naturally in nature [4].

Inf’OGM has already explained that the problems of detection and traceability of GMOs arise mainly, if not only, for GMOs that are not commercially authorized in the European Union. Because in cases where the GMO is authorized, a protocol of detection and traceability specific to the GMO has been provided. Based on two reports from its national expert committees (one from Anses that France says it sent to the European Commission in September 2018, the other from the High Council for Biotechnology in 2017) and a report from European experts in 2019, France differentiates three situations when faced with unauthorized GMOs (see box below). For the government, only cases of illegal release of regulated mutated GMOs would be technically difficult if not impossible to detect, if by any chance no information on this GMO was available anywhere. What would be quite an unusual situation…

Finally, the government considers that the European Union should initiate a research program whose mission would be to list the characteristics of the different techniques that would provide information on the genetic modifications obtained. It also seems to have some ideas about the content. It details that a multidisciplinary approach bringing together laboratories working on the plasticity of genomes, on the detection of GMOs as well as on information technologies, could be undertaken. More generally, the idea would be to collect available information on potential modifications of genomes and to put in place the tools to detect and differentiate them from natural modifications. The French government also reminds the European Commission of the role it could play in this collection by engaging in discussions with other third countries to best coordinate the transmission of information necessary for the detection of these GMOs in Europe. Indeed, the government underlines that even for products that are not regulated as GMOs, data are available from the authorities of these countries.

A legal uncertainty according to France

According to the French government, the CJEU ruling, mentioned above, does not remove all doubts, as for example in the case of techniques that it qualifies as older. This last notion should have been clarified by the government, as the CJEU ruling does provide an answer. Indeed, for the CJEU, the only important notion is that of history of use without risk of products obtained by such or such technique. It thus specifies that the article exempting certain GMOs from the requirements of the law “cannot be interpreted as excluding, from the scope of the directive, organisms obtained by means of new techniques/methods of mutagenesis which have appeared or have been mostly developed since Directive 2001/18 was adopted”. For the CJEU, the intention of the legislator is indeed "to exclude from the scope of the directive only organisms obtained by means of techniques/methods which have conventionally been used in a number of applications and have a long safety record". But for France, it is necessary for the European Union to clarify the status of new techniques and products resulting from these new techniques that have supposedly not been interpreted by the CJEU. The government also reminds the Commission of having questioned it in October 2018 on the need to clarify the concepts of "traditional uses for various applications" or "proven safety for a long time", taken up by the CJEU in its judgment.

Finally, the French government asks that research efforts be undertaken on the issues of detection and traceability, unintended effects related to techniques and on the knowledge of the effects of these techniques on health and the environment at the systemic level (ecosystems and production methods). It should be noted that this last point highlights a lack of knowledge of such effects despite the GMO legislation that was adopted in the 1990s in response to the same observation. For France, an important demand is that an evaluation be conducted in a contradictory way on the benefits and risks linked to these techniques. A field in which the government has a lot to say, as we will see in our next article.

The three categories of unauthorized GMOs

There are three categories of unauthorized GMOs. The first is GMOs with unknown genetic sequences inserted. Whole genome sequencing techniques would allow their detection. But France recalls that they are not available for routine use in official analyses. This is not a problem, but simply implies that such work should be initiated. The second category is that of GMOs resulting from mutagenesis. Here, the government considers that the detection of these mutations is theoretically possible when information is available on the modified sequences or their precise location. It further explains that since 2017, french agency Anses has initiated works to evaluate the techniques that could be implemented for the detection of known mutations from new techniques. The results of this work have not yet been published. If the detection of known mutations is possible, the question of differentiating them from natural mutations remains. According to the government, such differentiation would be impossible if no other trace in the genome exists. However, as Inf’OGM has already pointed out [5], any genetic modification obtained via a technical protocol induces unintended effects, some of which may constitute signatures of the techniques used, these other traces mentioned by the government. The only problematic case would be that of unknown mutations, i.e. those for which no information is available. This is difficult to imagine because it is unlikely, if not impossible, that an illegal GMO would not have been the subject of any information in another country and/or in a patent. It should also be noted that the response in this case could be other than just technical : it could be political with, for example, sufficiently dissuasive fines in case of fraud to discourage any possible illegal marketing. Finally, the last category raised is that of GMOs whose modification is an epigenetic modification, i.e. of the chemical state of the DNA but not of its sequence (at least in theory). This is a situation for which France indicates that techniques exist but would be complex to implement.