Life in digital form : a battle of stakeholders

Companies, farmer organizations and researchers are all presently immersed in a digital society. Whether desired or not, one of the major agricultural and environmental debates stirring international bodies is that of « digital sequence information ». The stakeholders are each and all expressing their particular positions in the course of these negotiations. While the digital management of trade, economy and human societies is soaring as a result of the recent series of confinements, the digitalization of life forms is not however, the ambition of all. 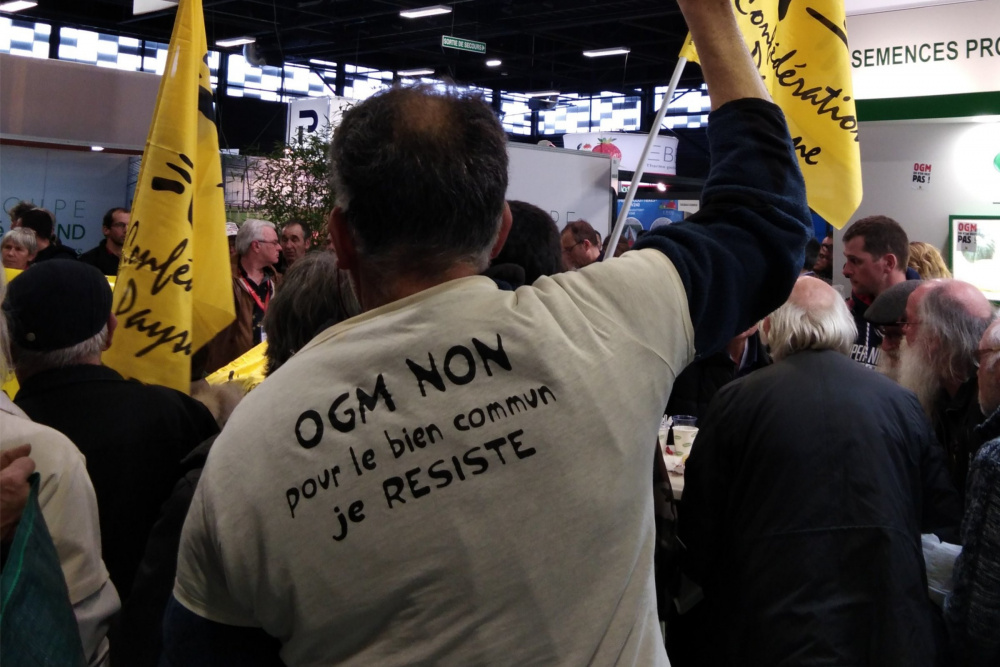 In 2019, Sylvain Aubry and Christian Eigenmann of the Swiss Federal Office for Agriculture wrote that "the future of genetic resources for food and agriculture will be a hybrid between physical resources (seeds, gametes) and digital resources" [1]. But they specify in their own name that, "despite an open-access culture that is very prevalent in the scientific community, the modalities and consequences of the liberalization of access are diversely appreciated by numerous actors in the production chain". An overview of the positions of the stakeholders involved in the issue of digital sequence information (DSI) will clearly illustrate this [2].

Industry in search of a digital Holy Grail

Biotechnology companies want DSI access and use to be free of prior agreement and benefit sharing, and to achieve this, DSI must not be assimilated with the physical genetic resources from which they originate. Speaking of Genetic Resource Sequence Data (GRSD), according to EuropaBio, this term would only concern, the "order of nucleotides (DNA and RNA), as found in Nature, in the genome". The specification "as found in Nature" is heavy with meaning. Taken literally, it implies that only DSI genetic resources found "in Nature" would be concerned, but not that of genetic resources found in private seed banks, even if they are identical to the former. EuropaBio extends this first exclusion to the result of their work based on such sequences, amongst which there may be some that the companies have in fact modified [3]. As for benefit sharing, EuropaBio believes that subjecting DSI to benefit sharing "will negatively affect biotech research and the societal benefits therefrom, such as the availability of innovative products improving food security and human health". This specification introduces the idea that benefit sharing should not only be monetary but also include "the resulting (non-monetary) benefits to society".... This position is shared by other representatives of industry. The International Chamber of Commerce (ICC) has thus made a contribution in line with that of EuropaBio, sometimes with paragraphs identical to the word. But it is difficult to understand on behalf of which companies the ICC is speaking. For its part, the International Fragrance Association and the International Organization of the Flavor Industry also contributed to avoid subjecting DSI to the Nagoya Protocol.

For several years, the international peasant movement La Via Campesina has been concerned about the ending of peasants’ rights if patents were to be obtained on DSI. Interviewed by Inf’OGM, Guy Kastler of La Via Campesina reminds us that if benefit sharing as such has not already been implemented, it is because "the Treaty is powerless to force companies to contribute to the Benefit Sharing Fund" [4]. In this context, the unregulated use of DSI is worrisome. Guy Kastler believes that "the power of computer tools available to multinational seed companies allows them to process thousands of data, identify new patentable genetic information in a very short period of time and then program genetic manipulations to obtain new seeds without having to touch any physical plant or seed". According to the unionist, it is then sufficient to tap the databases to identify plants that can be modified. The problem then arises concerning the scope of patents that may be claimed. For "if no one can prove that the genetic information thus obtained from a new plant has already been officially made public (another patent, scientific publication, commercial information...), it is patentable". This same patent could then allow its holder "to claim a property right not only on all the plants resulting from the claimed genetic manipulation, but also on all the native plants or those resulting from traditional breeding and crossing and carrying the genetic information described in the patent".

La Via Campesina’s political position on DSI is part of a new paradigm. The movement believes that "ITPGRFA was built on the paradigms of the 20th century. In the 21st century, the paradigm has changed, as shown by the Covid 19 crisis. The revolution of digital capitalism must be integrated now because global governance has changed". For La Via Campesina, access to and use of DSI must be framed in such a way as to be subjected to the CBD and the ITPGRFA regulations which condition access to genetic resources, the protection of traditional knowledge and innovations of indigenous and local communities, with prior informed consent and the prohibition of their patenting. Nonetheless, this framework alone will not suffice because digitalization allows companies to circumvent them : free access to DSI is in fact as uncontrollable as is the Internet. In the field of plants and animals, Guy Kastler reminds us that these patents "forbid peasants to use their own seeds and breeding animals if one or more parts of their sequence has been patented". For La Via Campesina, it is therefore imperative that the rights of peasants be protected by national laws and international conventions, which is not the case today with patents. This is especially important since "climate change is now forcing peasants, who have lost the seeds of their parents, and small traditional seed producers to turn more and more often to national or global seed banks to enrich their new selections without using the genetically manipulated seeds available on the market. At the same time, the multinationals declare that they no longer need this reserve and sign its death warrant by patenting the genes of all the plant genetic resources it contains".

The world of research has not yet expressed much opinion in the course of these discussions. In 2018, the (French) Fondation pour la Recherche Biologique indeed published an inventory commissioned by the Ministry of Agriculture [5]. But it does not provide a political position although public research institutes contribute to and use DSI databases. According to the information Inf’OGM was able to obtain from some researchers, one of the political tendencies in the research world would be to defend the option that free access to DSI constitutes benefit sharing per se since it appears to be less problematical and more consistent with open-science injunctions. However, some researchers question the merits of this approach. Following the opinion stated in the FRB report, open access would be a false solution since it depends on the technical and scientific ability to access and use digital resources. Indeed, how is it possible to claim that DSIs are freely accessible if this requires not only significant prior knowledge, but also equipment that is expensive and difficult to use ? On the other hand, these researchers consider that subjecting DSIs to benefit sharing in its existing form would be impossible to implement in view of its thousands if not millions of users, especially in view of only a very limited implementation of such benefit-sharing. In this context, they believe that French research needs to formulate a political position on the issue in order to make its voice heard and avoid finding itself having to deal with new standards adopted without it. Its voice should ensure that the philosophy presiding over the creation of the Nagoya and ITPGRFA protocols be respected. This philosophy aimed, on one hand, at a fair balance between the access and use of genetic resources and, on the other hand, due compensation for the countries or communities that have held - and are still holding - these resources. In accordance with this, research must now open up discussion forums for internal reflection and deliberation that would also integrate the voices of partners from research institutes, thus making them even more comprehensive. To achieve this, the researchers must nevertheless be sure to keep an eye on the agenda of the international bodies already involved in the negotiations.

[3] EuropaBio explains that « GRSD cannot, and does not, include information connected with or resulting from the analysis or further application of GRSD, e.g. sequence assembly, sequence annotation, genetic maps, metabolic maps, three- dimensional structure information or physiological properties related to it. »