GMO Canola : The Canadian government comes to the rescue of Cibus

How did Cibus generate and select the genetic modification present in its 5715 canola ? Nearly ten years after the Canadian authorities’ favourable opinion, the question has recently resurfaced after Canada and Cibus changed their presentation. Indeed, the company explains that the main tool it used to generate a mutation was ultimately useless. This technical vagueness is intended to generate a legal uncertainty as to whether or not this canola is a regulated GMO. However, one thing is certain : this canola was obtained using at least one technique of in vitro isolated cells cultivation as well as a technique for regenerating these cells into new plants. 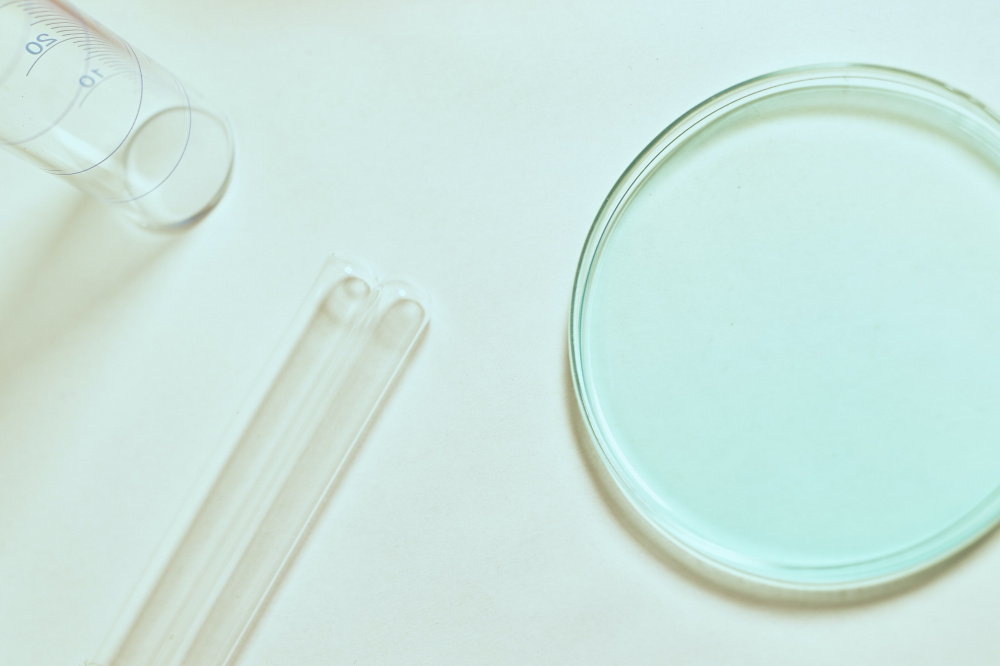 Photo by Girl with red hat

This article has originally been published in french.

In a previous article [1], Inf’OGM reported on the change in the discourse of the Cibus company and the Canadian authorities to present Cibus canola 5715 genetically modified to tolerate herbicides [2]. Prior to September 2020, this canola had been promoted for a decade as having been obtained by a new technique of genetic modification, the oligonucleotide-directed mutagenesis. However, since mid-September and the publication by Prof. Fagan’s team of an open-source method for detecting the claimed mutation present in this canola [3], the company has declared that this mutation is in fact the result of somaclonal variation [4]. This term "somaclonal variation" refers to the appearance of mutations, inherent to a set of mutagenesis techniques that the companies hope to be declared as giving rise to GMOs not subject to the law. This change of position is taken up by the Canadian authorities, who are thus putting themselves in the front line to officially validate the communication of the company that has not provided any proof of these declarations. While the European Commission confirmed to Inf’OGM that on September 18, 2009, it had asked member states "to provide any available information on the oilseed rape subject of the article recently published" by Prof. Fagan’s team [5], it is important to be clearer about the method used to obtain this canola.

Cibus has genetically modified a canola to make it tolerant to sulfonylurea and imidazolinone herbicides. To the Convention on Biological Diversity or Canadian authorities, this canola has historically been presented as obtained by an oligonucleotide-directed mutagenesis technique, patented by Cibus under the name "Rapid Trait Development System™" (RTDS™). But, as we saw in our previous article [6], this GM canola is now described by Cibus and the Canadian authorities as the result of somaclonal variation. However, the Convention on Biological Diversity still lists it as obtained by RTDS [7]. In a response received by Inf’OGM, the company Cibus details the protocol followed to genetically modify the canola. Its response illustrates its lack of mastery of this technique and the vagueness it is trying to create regarding its regulatory status.

To implement its protocol of genetic modification by oligonucleotide-directed mutagenesis, Cibus explained to Inf’OGM that it had worked with "cells on a Petri dish" [8]. These cells, isolated from canola, were then multiplied on Petri dishes (the company will refer in another response to "cell suspensions" confirming that these are isolated cells multiplied in a liquid medium). Cibus told us that they used two Petri dishes in which isolated canola cells were multiplied. In the first plate, Cibus added the oligonucleotide that had been "introduced to induce a specific mutation at a specific gene site" using the RTDS technique. The second Petri dish did not receive the oligonucleotide because the company explained that they had "anticipated" that other mutations could occur, regardless of the presence of the oligonucleotide. The company then maintained the cells in culture and added a herbicide. The herbicide was used to select the only cells that developed a mutation or mutations that would allow them to tolerate the herbicide. Cibus explains having identified "several herbicide-tolerant plants (editor’s note : at this stage, these are still cells) coming from both oligonucleotide and oligonucleotide-free control boxes". Without specifying whether it used the oligonucleotide dish or the oligonucleotide-free dish, Cibus explains that it then used the herbicide-tolerant cells to regenerate canola plants that were "tested in a greenhouse [where Cibus] selected one of the spontaneous mutations for field trials and it became [his] first SU canola line". In other words, Cibus indicates that the selected mutation, conferring herbicide tolerance, was not the result of the added oligonucleotide but belonged to the pool of mutations resulting from in vitro cell multiplication, the somaclonal variation. According to Cibus, the oligonucleotide would ultimately have been useless in a protocol that was nevertheless designed so the oligonuclotide would generate a desired mutation.

These explanations from Cibus were provided to Inf’OGM in the fall of 2020. But two Canadian authorities (Health Canada and the Canadian Food Inspection Agency - CFIA) have since 2013 described this 5715 canola as possibly, but not conclusively, obtained from somaclonal variation [9]. However, between July 14 and July 29, 2020, CFIA changed its presentation. It now describes it with certainty as "the result of somaclonal variation". When asked about this change in the description, from an assumption to a certainty, CFIA told us that it had "updated the description in the decision document to clarify how Cibus 5715 was developed". The CFIA considered that "the first description could have been misinterpreted to mean that Cibus 5715 canola was developed as a direct result of an oligonucleotide-directed mutagenesis approach known as Rapid Trait Development System™ (RTDS™). The description now clearly indicates that this canola was selected during the cultivation process".

The timing of this clarification, which took place in the summer of 2020, raises questions. Cibus told us that this hypothesis of a possible herbicide tolerance (TH) character resulting from the use of oligonucleotides, highlighted by the Canadian authorities between 2013 and July 2020, could have been lifted... as early as 2013 ! In early October 2020, the company told us that "the CFIA and Health Canada were aware that the mutation had been obtained by somaclonal variation since the application for authorization provided details of the material and method. This included the molecular description [of the oligonucleotide] which showed that the mutation linked to [the oligonucleotide] was not the mutation selected in canola line 5715". When asked about this, the CFIA replied in mid-October that "Cibus Canada Inc. included DNA sequencing data in its submission. The data clearly indicates that the mutation could not be the result of the use of the RTDS method", but it does not answer why the original assumption was not removed from the start. The CFIA finally refused at the end of October to release Cibus’ application to Inf’OGM because it "does not make the files submitted by the applicants public. The records are proprietary information of a developer and are subject to the Privacy Act and the Access to Information Act". It is therefore impossible to remove the vagueness other than by relying on statements from Cibus and CFIA.

Which origin, which legal status ?

Even if the presentation of canola 5715 has changed on the CFIA website, the CFIA continues to consider that it comes from a protocol known as directed mutagenesis, as shown by an answer received by Inf’OGM. The CFIA explains that "although the canola line (...) was isolated following RTDS treatment of the cells, the mutation of the single nucleotide in the canola line (...) was created due to spontaneous somaclonal variations that occurred during the tissue culture process and were not attributable to the oligonucleotide used in RTDS". According to CFIA and Cibus, the oligonucleotide-directed mutagenesis protocol generated mutations due to the oligonucleotide and mutations due to the multiplication of cells on the petri dish. The same protocol for two different origins, one of which, the multiplication of cells in vitro, is currently at the center of a lobby from companies to be considered as not giving regulated GMOs in Europe.

For actors of the French civil society, the distinction made today by Cibus does not change anything. GMOs obtained by plant regeneration from plant cells multiplied in vitro in Petri dishes are GMOs subject to GMO legislation because this technique modifies the genome of organisms "in a way that does not occur naturally by multiplication and/or natural recombination" and has no history of safe use. For Canada, on the other hand, Cibus canola is simply described as non-GMO. The CFIA lists it in its database as "non-LMO", i.e. not a Living Modified Organism [10]. This terminology is derived from the Convention on Biological Diversity and its Cartagena Protocol, which define LMOs as "any living organism that possesses a novel combination of genetic material obtained through the use of modern biotechnology [which] means the application of in vitro nucleic acid techniques ... that overcome natural physiological reproductive or recombination barriers and that are not techniques used in conventional breeding and selection". To explain its analysis that it is not an LMO, the CFIA detailed to Inf’OGM that "no genetic material was introduced ; therefore, the CFIA considers that this product does not meet the definition of an LMO". This explanation is surprising, to say the least, since the definition in the Cartagena Protocol nowhere mentions the need to introduce genetic material to produce LMOs [11]....

Would Cibus’ objective be to claim on the one hand a technique presented as exempt from the LMO regulations to market its canola without being subject to the obligations of these regulations ; and on the other hand to enhance the value of this same canola by putting forward its patent on a more modern technique but subject to these regulations ? Especially since its RTDS technique is a financial asset that allows it to enhance its canola range by promoting its alleged mastery of a new "state-of-the-art" technique that would in fact have been useless. However, the ruling of the French Conseil d’Etat calls this strategy into question by classifying the two techniques claimed by Cibus among those that are not exempt from this regulation.

[2] Canola is an oilseed rape with low level of euric acid. It’s called canola as the acronym of CANada and Oil Low Acid.

[4] The term somaclonal variation refers to mutations that occur during the use of both in vitro microcutting techniques of meristematic tissues (buds, sprouts, nodes...) of vegetatively reproducing plants, techniques that do not produce regulated GMOs ; and in vitro mutagenesis techniques consisting in subjecting plant cells to mutagenic agents, identified by the French Council of State as producing regulated GMOs.

[8] Petri dishes contain an artificial medium allowing plants, seeds, pollen, cuttings, microcuttings and cells to survive and multiply out of their natural environment.

[10] Canadian database. Search to be made with "canola" and "Cibus" to access the presentation of canola 5715.