Cibus’ canola, the mysterious origin of the mutation

In September 2020, a scientific article provided an open-source method to detect a mutation induced in a genetically modified (GM) canola [1] by the company Cibus [2]. The subsequent communication from Cibus is surprising : the description of its genetically modified canola suddenly changed, rejecting the previously announced oligonucleotide-directed mutagenesis as the origin of this rapeseed. A way for Cibus to open a window to escape GMO regulations in Europe ? 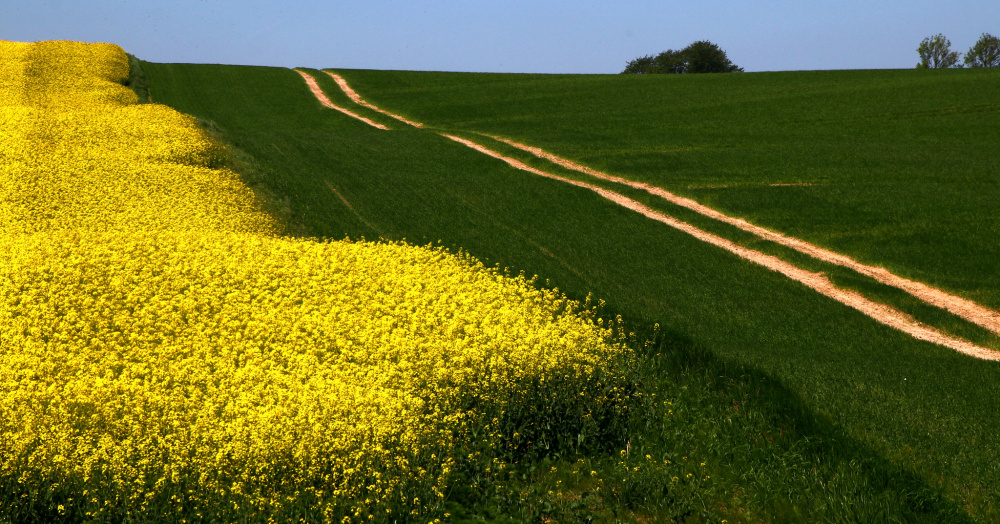 On Monday, September 14, Pr. Fagan and his team published the first open-source method to detect a mutation generated by the Cibus company in canola line 5715 [3]. According to the information provided by Cibus, as we will see, this canola was obtained by an oligonucleotide-directed mutagenesis technique carried out on cells multiplied in vitro. The detection of this mutation is a fundamental first step for the European Union because, since a decision of the European Court of Justice in July 2018 [4], it is certain that these canola 5715 are regulated GMOs. They must therefore be subject to a risk assessment, a formal marketing authorization and a labelling. In mid-September 2020, reacting to the publication of the detection method by Prof. Fagan’s team of the 5715 canola mutation, the Euroseeds organization, of which many seed companies are members, declared that "CIBUS confirmed towards Euroseeds that [this canola was] in fact developed from spontaneous somaclonal variation". Since then, Cibus has responded directly to Inf’OGM.

Questioned in September about its reaction to Fagan’s publication, Cibus says it has "heard that [the published study] has stimulated a healthy debate among experts in the field ». It said the debate should "contribute to a broader understanding, which can only be a positive outcome ». Asked further about the technical origin of the mutation claimed in her canola, Cibus clearly replied that the mutations conferring herbicide resistance "are based on spontaneous somaclonal mutations identified by herbicide selection during cell culture ». However, this statement does not exactly coincide with the official statements made historically by Cibus to the Canadian authorities or to the Convention on Biological Diversity. What were these assertions ?

In 2016, the Canadian Food and Drug Regulatory Agency (Health Canada) publicly responded to Cibus that it « has no objection to the food use of Cibus canola event 5715" after conducting a thorough evaluation [5]. In support of this decision, Health Canada made available online a summary of its assessment work, including a description of how this canola 5715 was obtained. For Health Canada, the method used by Cibus to obtain the claimed mutation is an "oligonucleotide-directed mutagenesis method", referred to as RTDS (an acronym for the oligonucleotide-directed mutagenesis technique patented by Cibus). While the Agency details that an in vitro cell multiplication step was required, it states that "The petitioner [Cibus] hypothesized that the single nucleotide mutation was the result of a spontaneous somaclonal variation that occurred during the tissue culture process, and not due to the specific oligonucleotide used in the RTDS protocol ». It was therefore just a hypothesis.

Another Canadian agency had already looked at the same canola 5715. In 2013, the Canadian Food Inspection Agency (CFIA) made the same presentation as Health Canada. In the 2017 version [6], the agency’s web page (now archived) detailed that "Cibus Canada Inc. utilized an oligonucleotide-directed mutagenesis approach known as the Rapid Trait Development System™ (RTDS™)", further stating that "although [the mutated line] was isolated following treatment of cells with the RTDS, the mutation [in this line] is thought to have been created as a result of a spontaneous somaclonal variation [...] rather than due to the oligonucleotide used in the RTDS".

Today, this presentation has changed. In the version currently online, last modified in July 2020, there is no longer any hypothesis or uncertainty about the origin of the mutation. The agency now writes that "the mutation […] has been created as a result of a spontaneous somaclonal variation" [7]. All references to the name of the Cibus oligonucleotide-directed mutagenesis technique, RTDS, as found in the 2017 version, have disappeared. Similarly, the word oligonucleotide has been deleted. However, the assertion of the "spontaneous" nature of the mutations caused by the somaclonal variation technique, which consists in provoking mutations by putting plant cells in culture in vitro, is surprising to say the least. Because the very fact of multiplying cells in vitro generates mutations. It is therefore difficult to describe them as spontaneous, since they have clearly been induced by "in vitro" culture. In a response from CFIA to Inf’OGM, the change in the description of canola 5715 is justified by the agency’s will to "clarify the way in which Cibus 5715 was developed". Indeed, CFIA states that "the first description could have been misinterpreted to mean that Cibus 5715 canola was developed as a direct result of an oligonucleotide-directed mutagenesis approach known as Rapid Trait Development System™ (RTDS™). The description now clearly indicates that this canola was selected during the tissue culture process ».

Cibus, from a hypothesis to an assertion

This concern of clarification remains surprising in view of the schedule. The first presentation of 5715 canola was made by CFIA in 2013. It then took the agency seven years to consider that the wording "the mutation [in this line] is thought to have been created as a result of a spontaneous somaclonal variation" suggests that the origin of the selected mutation is not certain. A timeline that is even more surprising in view of the explanations provided by Cibus itself. Still in mid-September, the company detailed to Inf’OGM how it obtained its canola 5715. According to this presentation, what is now a certainty should have been such from the start. Indeed, Cibus explains that it « found that the herbicide selection step identified multiple herbicide tolerant plants. These plants came from cells in Petri dishes where an oligonucleotide was added and also from control cell samples in Petri dishes where no oligonucleotide was added. [...] We were pleased to find that some of the plants had the specific mutation the oligonucleotide was designed to induce, but the majority of the tolerant plants had a variety of different mutations that had arisen spontaneously during the cell culture process ». Cibus concludes by saying that it "selected one of the spontaneous mutations [...] this became our first SU Canola line ». An explanation that has the merit of clarity but does not leave much room for hypothesis or uncertainty as initially reported by Health Canada and CFIA. Unless Cibus had not been as clear or confident as it has been in recent days, as suggested by the description of the same canola by another authority, this time international.

The Convention on Biological Diversity (CBD), which lists living modified organisms (LMOs) commercialised, is also providing a presentation of Cibus canola 5715, updated in February 2020 [8]. For the CBD, this Cibus canola was obtained by "oligonucleotide-directed mutagenesis". Concerning the origin of the mutation, the information provided by this database is a copy-paste of the information provided by the Canadian Food Inspection Agency in their 2017 version.

But a document signed by Cibus is attached as a complementary document by the CBD [9]. According to this document, which is reported to have been written in 2015, Cibus explains that its canola 5715 is obtained by oligonucleotide-directed mutagenesis, its famous RTDS method. Far from having no role in obtaining the claimed mutation, the oligonucleotide named GRON (Gene-Repair OligoNucleotide) is presented by Cibus as playing a central role. Incidentally, the company thus promotes not only its product but also its technique. It details, along with schematics, that « Company scientists [...] design the GRON to effect (a) specific sequence change(s), the replacement, insertion or deletion of nucleotides [...] the GRON crosses the cell membrane, traverses the cytoplasm to the nucleus, locates and binds selectively and specifically to its target sequence and effects (a) specific sequence change(s)". Cibus does not detail the process to obtain its canola except to indicate that it obtained it using its RTDS mutagenesis method for which the oligonucleotide thus plays a central role. It writes in particular that "a working model of the RTDS mechanism has emerged from studies in bacteria and mammalian cells […] suggest that the GRON (editor’s note : therefore the oligonucleotide) will modify the nucleotide sequence in the genome via a process of genome/GRON “pairing” followed by GRON-directed mismatch repair". In spite of this presentation, Cibus now claims, as we have seen, that its GRON oligonucleotide played no role in obtaining the selected mutation in his canola 5715.

Some questions, and some conclusions

A first major information emerges from Cibus’ current position. The company claims that somaclonal variation, one of the various names for the in vitro culture of plant cells, induced the mutation claimed in canola 5715. It therefore confirms that this is a technique for inducing mutations and that the mutations thus induced are therefore not spontaneous.

Another information comes from the changing presentations over time of the techniques used to obtain this canola. Inf’OGM has indeed questioned Cibus to understand what may have happened in recent months so that its hypothesis in 2017 ("The petitioner [Cibus] hypothesized that the single nucleotide mutation was the result of a spontaneous somaclonal variation") turns into a certainty in 2020. Is Cibus relying on new data ? This specific question has not been answered. It is, however, an important one for the European Union. Companies are constantly claiming that new GMOs obtained by mutagenesis techniques must be deregulated since it is impossible to identify which technique was used. However, by asserting that in its mutagenesis process with oligonucleotides and in vitro cell multiplication, it is the cell multiplication step that is at the origin of the claimed mutation, Cibus has, it seems, succeeded in making the difference.

On a larger scale, Cibus’ discourse allows one information to be recorded : even though the company has been promoting its oligonucleotide-directed mutagenesis for years as a controlled, specific or even safe technology because it has no side effects, it now claims the exact opposite. Indeed, the RTDS method has been implemented by Cibus by introducing oligonucleotides into rapeseed cells multiplied in vitro. It obtained canola 5715 by this method. However, for Cibus, the oligonucleotide played no role in the generation of the mutation, as it was only the in vitro multiplication of the cells that caused it. In other words, the "company scientists [who] design the GRON to effect (a) specific sequence change(s)" [10] do not master their tool... Under these conditions, what credit can be given to the claims of precision or absence of risk of this technology ?

Cibus evolves with the regulatory framework ?

Beyond the recognition that its technique is not at all mastered, Cibus’ current discourse can also be explained by the company’s strategy of adapting to regulatory frameworks. In 2018, the European Court of Justice ruled that "the GMO Directive is also applicable to organisms obtained by mutagenesis techniques that have emerged since its adoption". If oligonucleotide-directed mutagenesis is concerned, Cibus undoubtedly hopes that mutagenesis based solely on in vitro cell multiplication is not. Even if in France, the Conseil d’État, in February 2020, classified "random in vitro mutagenesis techniques subjecting plant cells to chemical or physical mutagens" as a technique producing regulated GMOs... Cibus’ semantic shifts, coming after the decisions of the CJEU and the Conseil d’État, could be explained by the company’s attempt to generate the illusion that its canola would not be a regulated GMO in Europe. The only certainty is that this communication strategy shows that if a single mutagenesis technique implemented on plant (or animal) cell culture in vitro were to escape GMO regulations in Europe, companies would not hesitate to declare in administrative procedures that their varieties were obtained by this technique. Moreover, the technical mastery they claim seems to be a beautiful illusion...