GMO – Are authorisations of sub-combinations legal ?

In the EU, the risk assessment of GMOs is no longer systematically associated with the requirement to provide data. This is how the recent evolution in the field of GMOs could be summarised. After having described this evolution through emblematic applications for commercial authorisation, Inf’OGM focuses on this issue from a legal point of view. 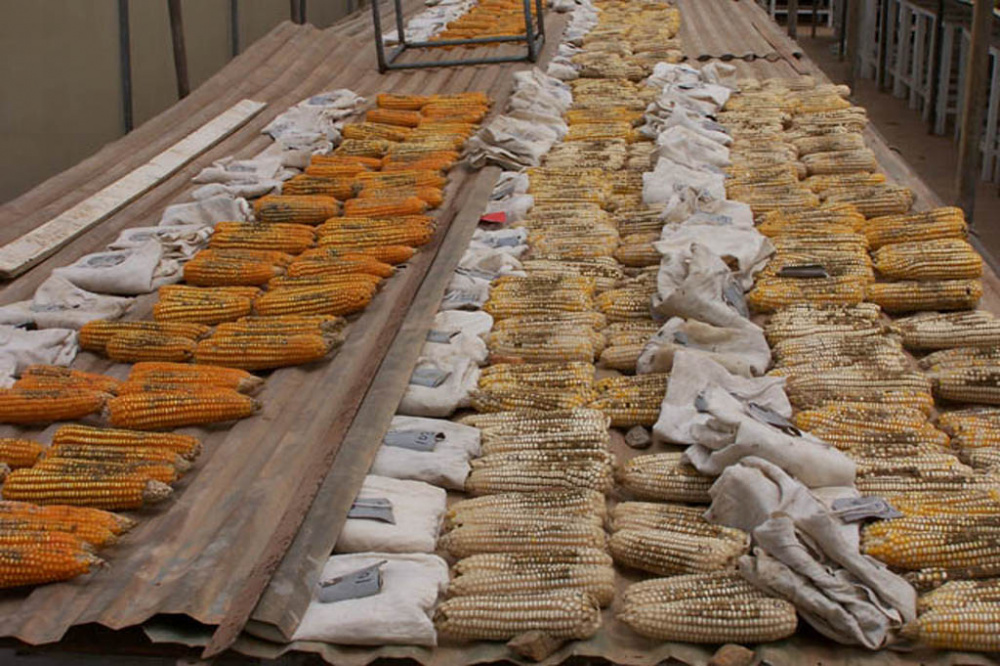 Since 2013, commercial authorisations covering both a GMO with several transformation events (GMO ABC for example, called stacked GMO) and the GMOs combining the transformation events of the stacked GMO (GMOs AB, BC, and AC) have multiplied. However, Regulation 1829/2003 – on which most commercial authorisations are based – is silent on the question whether a single decision can authorise the commercialisation of several GMOs [1]. In 2013, the entry into force of Regulation 503/2013 put an end to this silence. The Regulation requires that “the applications for genetically modified food and feed from segregating crops [...] include all subcombinations independently of their origin and not yet authorised » [2]. This cleared the way for a preferential treatment of sub-combinations and for an exponential growth of the number of GMOs authorised in the European Union.

A practice justified by a natural phenomenon

According to the European Commission, these sub-combinations are specific GMOs, distinct from the stacked GMO. Therefore, “(it should) be ensured that all possible combinations of the single GM events constituting it are authorised when the GM stack is authorised”.

… but which also concerns sub-combinations “independently of their origin”

« Independently of their origin » : the pandora’s box slightly opened

Regulation 503/2013 requires that “the applications for genetically modified food and feed from segregating crops [...] include all subcombinations independently of their origin and not yet authorised". This wording is paradoxical as the expression “independently of their origin” does not recall the European Commission’s argument to justify a commercial authorisation includes the sub-combinations of a stacked GMO : when stacked plants are cultivated on a field, they produce seeds with all transgenes but also seeds with only some of the transgenes [5]. For the European Food Safety Authority (Efsa), sub-combinations “independently of their origin” can be obtained in two ways : by segregation (harvest of the stacked GMO) or by conventional crossing, through breeding programs targeted to combine up to N-1 of the events present in the stack into varieties that can be bred, produced and marketed independently of the stack [6].

It is true that a decision authorising several GMOs (the stacked GMO and its sub-combinations) is not, in itself, contrary to the conditions laid down in Regulation 1829/2003. Besides, the European Commission itself considers that sub-combinations are “specific GMOs” which can only be marketed if they are covered by an authorisation granted after a risk assessment in due form. However, in practice, sub-combinations are not treated as specific GMOs and, as a result, the authorisation decisions don’t satisfy all the conditions laid down in Regulation 1829/2003. Hence, a breach has been opened in the GMO law.

This provision is problematic, for how does one define a “scientific rationale” ? The expression can only be subject to diverse interpretations, and this may undermine its safeguard role. Past experience supports this assertion. Even though it is an exemption clause which must be strictly interpreted, it enabled Efsa to deliver favourable opinions on applications concerning stacked GMOs and their sub-combinations although no data concerning all or part of the sub-combinations was provided [9]. On two occasions, the expression of “scientific rationale” divided the Efsa experts. One of them even delivered a minority opinion considering that “the Applicant has presented a compilation of general considerations of different nature to claim that those missing data were not necessary for the risk assessment”.

The exception seems even less justified when the sub-combinations are not obtained by segregation. Indeed, if they can be produced and commercialised independently from the stacked GMO, how can one justify their preferential treatment compared to a GMO which is the sole object of an application for authorisation or even to the stacked GMO ? This practice undermines the risk assessment procedure and enables to circumvent the obligation, laid down in Regulation 1829/2003, to demonstrate that a GMO doesn’t have adverse effects on human health, animal health or the environment.

The preferential treatment of sub-combinations is all the more apparent when the authorisation covers sub-combinations not obtained by segregation and which have not yet been created (this would explain why Regulation 503/2013 includes the “technical” impossibility to provide experimental data). This not a hypothetical situation as several authorisations of this kind have already been granted. Nevertheless, such a situation would certainly not occur if the yet to be created GMO was the sole object of an application for authorisation (indeed, such an application would not even be submitted) [10].

Indeed, Regulation 1829/2003 (the “umbrella” Regulation of Regulation 503/2013) requires that an authorisation should be granted only when it has been “adequately and sufficiently” demonstrated that the genetically modified food or feed satisfies specific requirements. As such, the GMO can only be authorised when it has been proven that it doesn’t have adverse effects on human health, animal health or the environment, and that it isn’t disadvantageous for the consumer from a nutritional point of view compared to the food which it is intended to replace [11]. What’s more, recital 9 of the Regulation states that the marketing of genetically modified food or feed should only be authorised “after a scientific evaluation of the highest possible standard [...], of any risks which they present for human and animal health and, as the case may be, for the environment”.

The risk assessment reflects the principle of prevention enshrined in the Treaty on the Functioning of the European Union (article 191 of the Treaty). According this principle, in case of a known risk to the environment, one must adopt measures to prevent damage from arising or to limit the effects of the damage. But does the risk assessment still reflect and respect the principle of prevention and the requirements of Regulation 1829/2003 when the sub-combinations have not yet been created and no experimental data has been provided ?

The question is all the more relevant as, concerning the risk assessment of sub-combinations, Efsa itself acknowledges that the conclusions concerning the segregating progeny cannot automatically be extended to sub-combinations obtained by conventional crossing. However, over time, Efsa fell in line with the European Commission’s strategically pragmatic approach [12].

Despite the risk they pose to the objectives of Regulation 1829/2003, some decisions authorising the marketing of yet to be created sub-combinations at the time the decision is adopted merely state that the authorisation holder “shall inform the Commission” if the sub-combinations were to be created “via targeted breeding approaches and commercialised” [13]. This type of obligation does not seem very compatible with the precautionary principle and the principle of prevention which are at the basis of the risk management in the European Union... [14]

To summarise, in 2013, the European Union adopted Regulation 503/2013 which enables companies to not provide experimental data for the risk assessment of sub-combinations, and which allows a single decision to authorise the marketing of several GMOs, independently of their origin. This Regulation clearly weakens the objectives of the Regulation it is supposed to implement… As we explained, Regulation 1829/2003 requires the company to demonstrate “adequately and sufficiently” that the GMO does not have adverse effects on human health, animal health or the environment. But Regulation 503/2013 allows a company to answer to those two requirements without having to provide experimental data for the risk assessment of sub-combinations. This is a strange way to demonstrate “adequately and sufficiently” the absence of risks… And the ultimate paradox is that Regulation 503/2013 was adopted in order to take into account the Members States’ wish, expressed in December 2008, to strengthen the risk assessment.

[14] Regulation 178/2002 of the European Parliament and of the Council of 28 January 2002 laying down the general principles and requirements of food law, establishing the European Food Safety Authority and laying down procedures in matters of food safety.